There were 23 new wildfires reported in Manitoba over the weekend 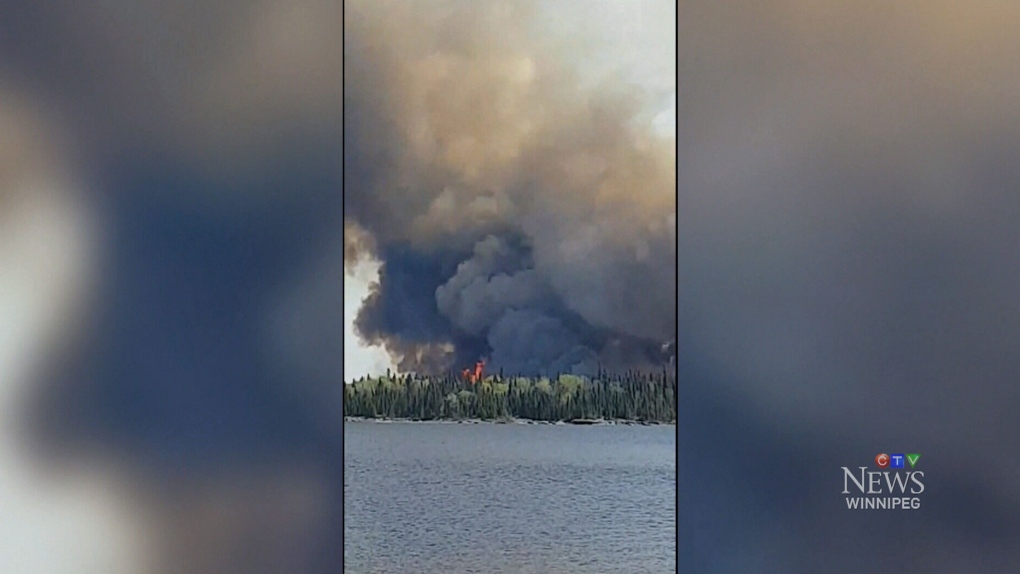 Twenty-three new wildfires were reported in Manitoba over the weekend.

According to the province’s latest wildfire bulletin, a number of departments and agencies are monitoring these fires, which are not putting any communities at direct risk.

The bulletin notes that impacted hydro lines on the east shore of Lake Winnipeg are now restored. However, Little Grand Rapids and Pauingassi still don’t have power. There is currently no estimated time for restoration.

The Manitoba Emergency Control Centre is working with Bell MTS, the RCMP and the Manitoba Wildfire Service to maintain communication in the places impacted by power outages.

Currently, there are 128 wildfires burning across Manitoba, with 351 to date.

Amid the wildfires, Environment Canada has issued a number of air quality warnings on Tuesday for several places across Manitoba, including Winnipeg.

The weather agency notes the smoky conditions are expected for another day or two before winds increase and disperse the air, adding that much of eastern Manitoba and the Red River Valley are seeing deteriorating air quality.

There is also a large forest fire north of Hudson Bay, Sask., which is causing smoke to be carried downwind into western Manitoba.

Environment Canada urges Manitobans to take note of potential health risks when it comes to smoke and poor air quality. It advises that people limit their outdoor activity, try to stay indoors, turn off furnaces or air conditioners that draw smoke inside, and to keep indoor air clean by avoiding smoking or burning other materials.

A full list of the places under air quality warnings can be found online.