'There were a lot of angry tenants': Winnipeg high-rise tenants forced to go weeks without hot water 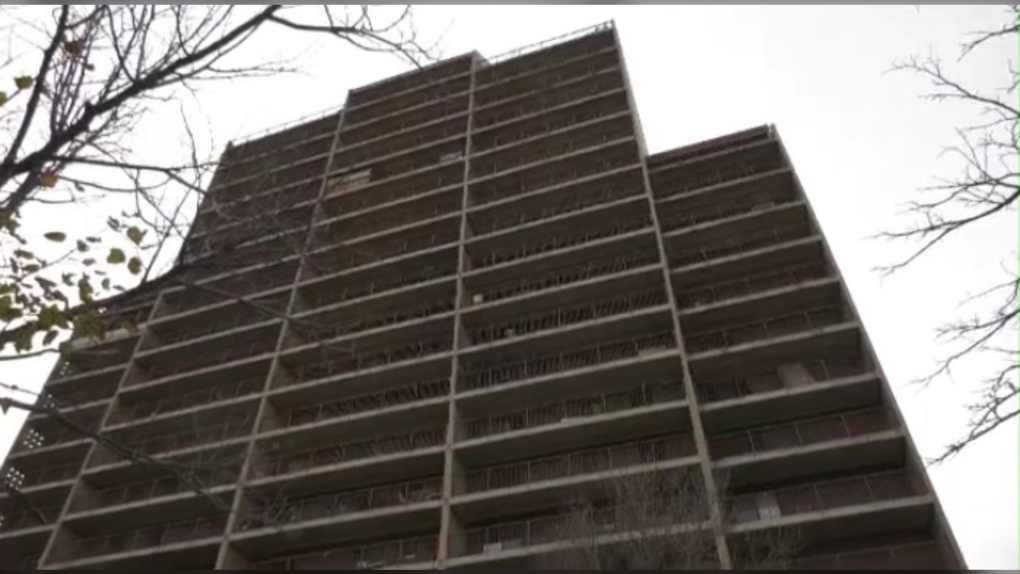 The high-rise building is located on Webb Place.
WINNIPEG -

Tenants of a Winnipeg high-rise building say they went weeks without hot water.

The issue began in September, when water for the entire building, located on Webb Place, was shut off without notice due to an issue with a pipe. The tenants were told it was not a City of Winnipeg issue, and the building would have to deal with it.

A few days later, the tenants from the first to 15th floors got cold running water, but those on floors 16 to 21 did not, as the temporary pump that was brought in did not have enough pressure to make it to the top of building.

“The tenants on 16 and up had nothing,” said Barbara Bell with the Tenant Association.

It took two weeks before hot water was returned to the entire building and for those on floors 16 to 21 to get any running water at all.

“For the first five days, you had to haul water from the next building,” Bell said, noting that people were hauling buckets of water to flush their toilets and wash their dishes.

She said to help with the situation, the building’s management brought in portable washrooms and offered showers in empty suites at the building next door.

Bell said it would be nice to get an apology from the building’s management company.

“There were a lot of angry tenants,” she said.

“There were a lot of disgruntled tenants. I mean, there’s a lot of resentment towards the management staff that did nothing for us.”

The company that manages the building later offered $100 in compensation.

She said she does feel this is adequate compensation.

“Not for people who went without water for 14 full days,” she said.

“Not for those people who are elderly who had problems. Not for the disabled.”

Bell said she doesn’t know for sure what took so long for the water to come back, but says she heard it had to do with ordering the pipe.

CTV Winnipeg has reached out to the property management company for a response.

- With files from CTV's Jon Hendricks.