'There will be a new set of orders': Officials remain mum on new health orders coming to Manitoba 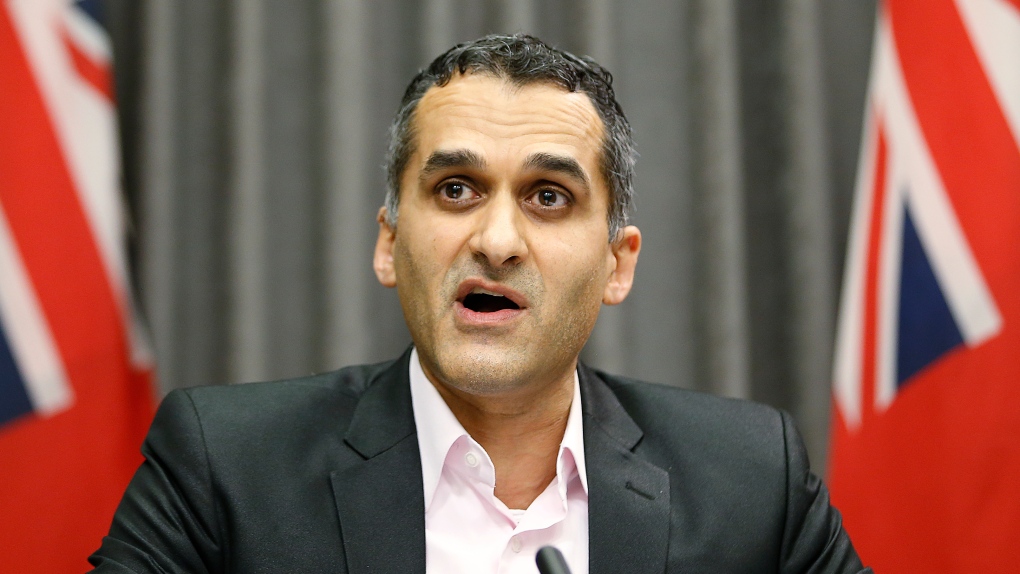 WINNIPEG -- Manitoba's current health orders are set to expire in less than 48 hours, and while health officials say there will be new health orders coming – they provided no details as to what may or may not be included in the new round of restrictions.

Dr. Jazz Atwal, Manitoba's acting deputy health officer, had little to say on the health orders in Manitoba that are set to expire on Jan. 8 – other than there will be new health orders coming.

"I know not much has been said, and I wouldn't interpret that in any way that the orders are being lifted," Atwal said. "There will be a new set of orders starting on Saturday for sure."

He said health officials will be meeting to discuss the changes tomorrow morning and afternoon, and said once the new orders are confirmed, an announcement would be made.

He said he would not speculate on what these health orders will include.

"There is a lot more at play here, there is a lot more variables involved," Atwal said. "We want to make sure we are looking at that risk and making sure that we don't create situations that are too risky, but we also want to try to have the least amount of impact to Manitobans."

Small businesses owners in the province want to know if they will be allowed to reopen starting on Saturday.

"This time it's really down to the wire," said Charles Garinger, who is the owner of The Hive Hair Company.

Garinger said he is anxious about opening his doors because of the health risks, but – if he is allowed to open – he will.

There are appointments booked for Saturday.

"This is two months in a row so this is a little more fatiguing than the last time."

Premier Brian Pallister told reporters on Wednesday that he doesn't expect any "significant changes" to the restrictions. He said Manitoba's chief provincial public health officer, Dr. Brent Roussin, has told him it would be premature to lessen restrictions before knowing the consequences of the holiday season.

Phil McLellan is the owner of The Parlour Tattoos and said he will be opening up shop on the weekend whether the province allows it or not.

He said he is willing to risk fines for not following the health orders because he needs to work to feed his family and save his livelihood.

Garinger said he knows he could be facing another month of hardship.

"We're, I guess, just prepared for the worst of not being able to open again and digging around for more government programs and things like that," said Garinger.

On Thursday, Atwal said the province is still seeing a spike in cases from holiday gatherings over Christmas, and it remains to be seen how New Year and Ukrainian Christmas celebrations will impact the COVID-19 situation.

Health officials previously said nearly 60 cases and more than 400 contacts in Manitoba have been linked to holiday gatherings.

"We are still seeing that holiday bump, I would say," he said. "That bump is not over."

The province reported 208 new cases of COVID-19 on Thursday and 12 new deaths.

-With files from CTV's Charles Lefebvre and Jeff Keele.