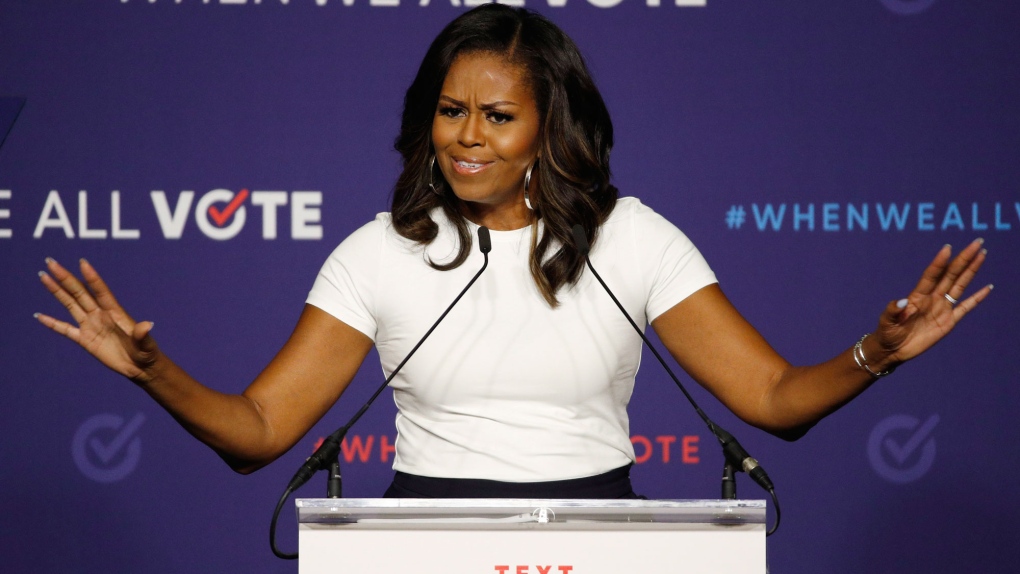 WINNIPEG -- Boasting a collection of over 1.3 million physical items, the Winnipeg Public Library has a lot of books to choose from, but some titles are read a whole lot more than others.

From fiction to biographies, here were the most frequently checked out books for 2019, according to the City of Winnipeg's website.

Checked out over 3,500 times, readers had a hard time getting their hands on "Becoming" by Michelle Obama.

Published near the end of 2018, "Becoming" is the memoir of former United States first lady Michelle Obama.

When the book was first released, Crown Publishing told The Associated Press it sold more than 1.4 million copies in the first seven days.

The book topped the U.S. best-sellers list and has now sold over 11 million copies.

The library says there are still 500 people on a waitlist for the audio version of the book.

The second most popular book for the library in 2019 was "Educated" by Tara Westove.

Also a memoir, the book details how Westove went from growing up living off the grid, with no birth certificate or education, to getting a PhD at Cambridge University.

The book received lots of praise, including a glowing recommendation from Bill Gates.

The only Canadian to make the list of popular books was Margaret Atwood with her book "The Testaments."

Other popular titles include "Where the Crawdads Sing" by Delia Owens, and Ronan Farrow's "Lies, Spies, and a Conspiracy to Protect Predators."

The most popular children's book at the library was Jeff Kinney's "Diary of a Wimpy Kid Wrecking Ball".

It is the 14th installment in the “Diary of a Wimpy Kid” series and quickly became a hit after it was released in November 2019.