'They're damaging an Indigenous icon': Thunderbird House in Winnipeg dealing with vandalism, copper theft from roof 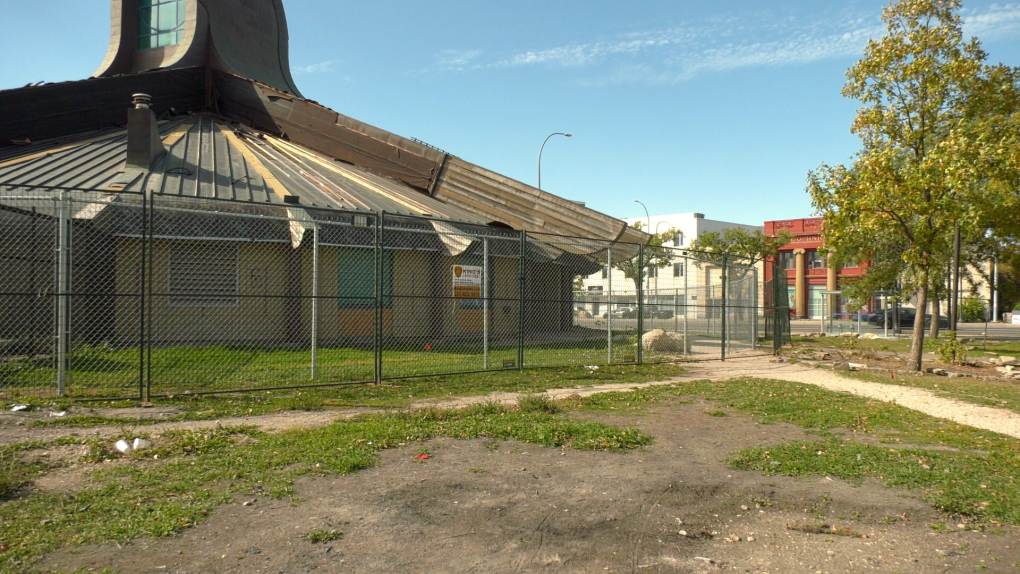 The Thunderbird House is looking to help the people of South Point Douglas heal as the gathering place has become a target for damage, vandalism, and theft.

Damon Johnston, a co-chair of the Thunderbird House board of directors, said the building has seen a lot of damage since the end of the summer, with people throwing rocks through the windows and stealing copper off the roof.

“I hope people will try to appreciate what they’re doing,” he said.

“They’re damaging an Indigenous icon. One of the only buildings in this city designed by the famous Douglas Cardinal, one of the top First Nations architects in Canada.”

He added that on top of the damage that has been caused by vandalism and theft, the building is also over 20-years-old and in need of repairs.

Johnston said this type of vandalism and damage is something that is being experienced throughout the South Point Douglas neighbourhood.

“So we’re coming together. Really it’s about addressing homelessness, mental health issues, addictions, all that.”

He noted the organizations want to work with the City of Winnipeg to help deal with these types of issues in the area.

“We want to kick-start that again with the city, and answer the question together with our business people in the area, the neighbourhood people that live here, organizations – what is the future of this neighbourhood?” Johnston said.

He said instead of punishing people, they need to address safety, security and the protection of property.

Johnston noted that this is why the Thunderbird House is working with the Mama Bear Clan, Comm.UNITY.204 and Fearless R2W to help those in the community who are dealing with mental health issues, addiction, or are tied up in criminal activity.

“It’s our position that there’s enough of our people in jail already,” Johnston said.

“We want to create a healing process with them. Create the opportunity for them to make a decision to change their lives. Work with us to do that, we’ll have support workers. We’ll have health workers, we’ll have all those things.”

Johnston described it as a “multi-organizational, multifaceted, harm reduction-based approach.”

Johnston encourages people to treat the Thunderbird House with respect and not steal any more copper.