'They say it brings joy to the neighbourhood': Winnipeg home lights up Charleswood 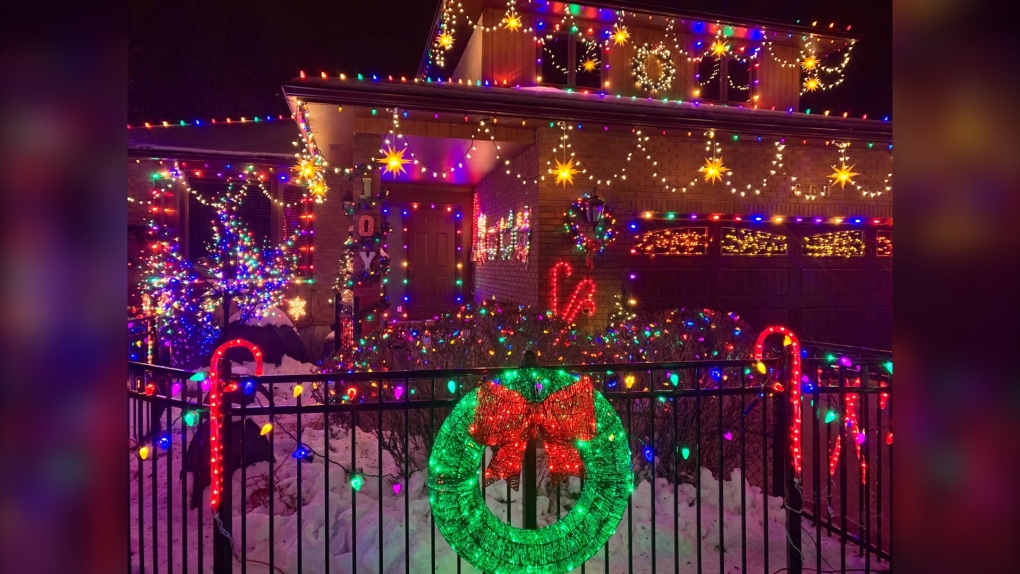 It is a scene right from the script of the movie “Christmas Vacation” starring Chevy Chase, and for one Charleswood resident, it could give Chase's character a run for his money.

Ted Hasiuk has been lighting up his home for over two decades, and each year it gets a little more elaborate.

“Part of it is for the attention; plus it does help to brighten up the winter nights,” said Hasiuk.

As it has grown, the display has expanded from the house to include other non-traditional locations. 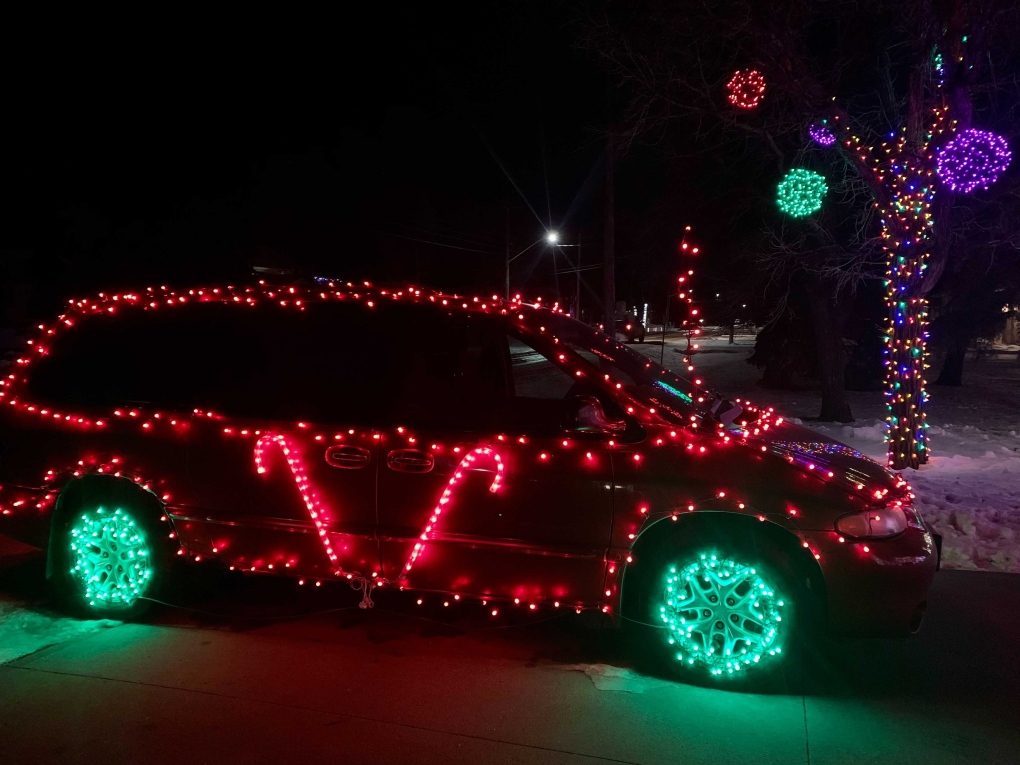 “My not so trusty, very rusty Dodge Caravan,” said Hasiuk.

The lit van will sit idle until the spring before it transitions from a yard decoration to a mode of transportation.

Hasiuk admitted some of his best ideas are stolen from friends and colleagues, others, he said, people let him borrow.

This year, new additions year includes 1,600 new lights on a fence and a tree. There is also an arbour Hasiuk has not yet set up, just in the front of the house. 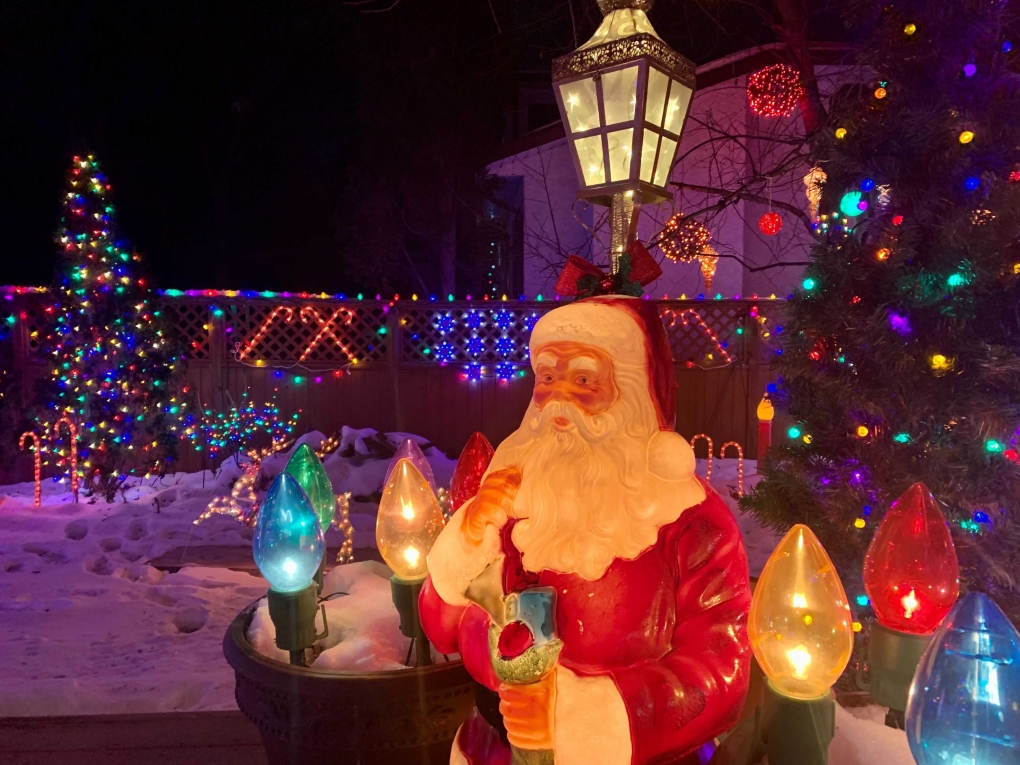 “People stop when they see me decorating and they say it brings joy to the neighbourhood. They say you don’t know how many people actually like it so out of the blue, strangers,” said Hasiuk.

“It’s kind of neat and makes it all worthwhile.”

The time spent is considerable. Hasiuk estimates there are somewhere between 23,000 to 24,000 lights and about 100 hours of his time.

“Light bulbs burn out, squirrels chew the strings, all that sort of stuff.”

It is not all fun and games. Hasiuk said he does feel pressure to get things up and it isn’t until the finish line is in sight that he starts to, “see the light at the end of the tunnel.” 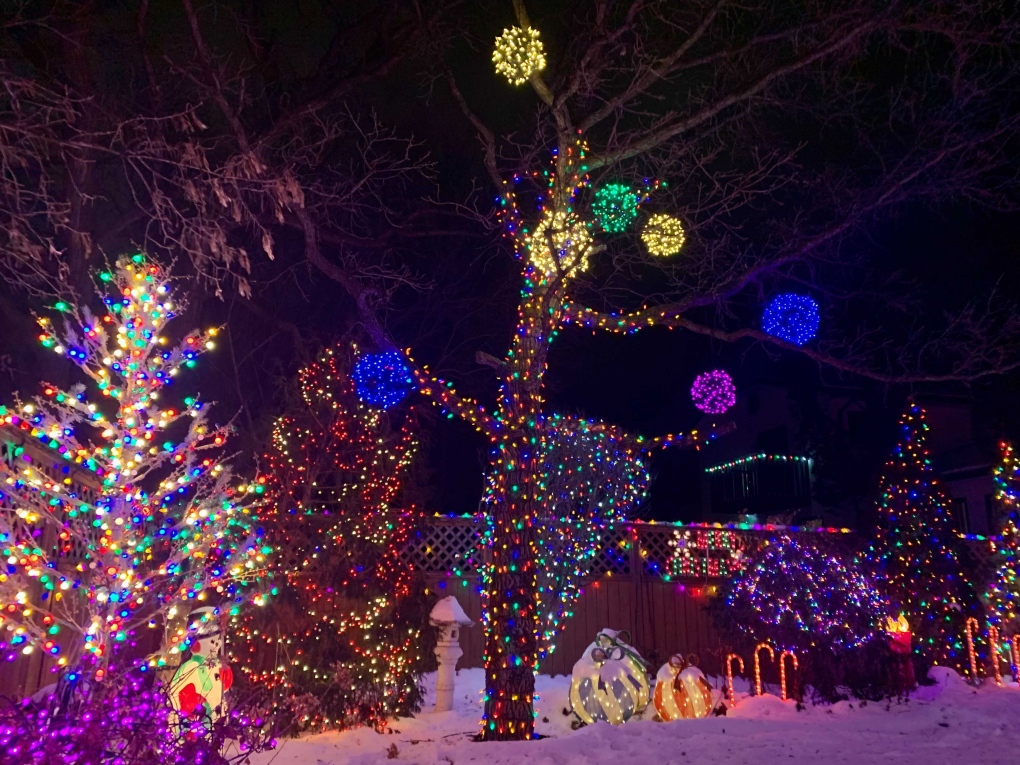 Hasiuk began stringing lights back at the end of September. Two months later, he has a couple of hours left.

The 71-year-old said sometimes, it was hard to gain momentum with blown fuses and inconvenient snowfalls. The key, Hasiuk said, is to be methodical and get a light tester.

The house is located on Fairmont Road south of Grant Avenue.

Paul Workman: An interview with the Taliban’s spokesman

A spokesperson for the Taliban is adamant that reports circulating about widespread hunger and human rights violations against women in Afghanistan are not true and that the Taliban government is working to correct its perceived shortcomings on the international stage.

As other countries begin to withdraw embassy and diplomatic staff from Ukraine over heightened concerns of a Russian invasion, Canada is suggesting any non-essential Canadians should leave.

A U.S. Navy combat jet conducting exercises in the South China Sea crashed while trying to land on the deck of an American aircraft carrier, injuring seven sailors, the military said.