'Things are looking up': How blood donations helped fight a boy's brain cancer

'Things are looking up': How blood donations helped fight a boy's brain cancer 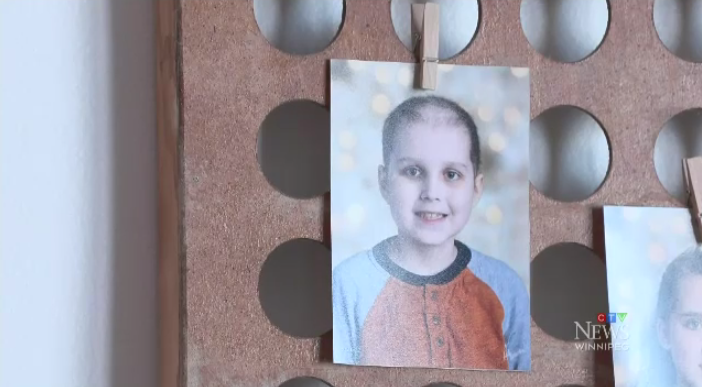 Adrian received a total of six blood transfusions and eight platelet transfers over the course of his cancer treatments. (Source: CTV News Winnipeg)

An 11-year-old boy has a bright future ahead after blood and platelet donations helped him fight off brain cancer.

Adrian Dyck was diagnosed with stage four brain cancer two years ago when he was nine.

"When we first found out that he had a brain tumour, we were just kind of stunned and in shock," said Adrian's mom, Sashira Gafic. "We didn’t know what was going to happen, it was really dark."

Adrian underwent brain surgery, radiation treatments, and then chemotherapy in order to fight off the cancer.

"Pretty much every round of chemo, he needed both blood and platelets," said Gafic.

Adrian received a total of six blood transfusions and eight platelet transfers over the course of his cancer treatments. Gafic had to turn to friends and family for help because she and Adrian's father are not able to donate blood.

"Both of us are so grateful to people who are able to donate and do," said Gafic.

Her best friend, Rose Marie Mauer, also stepped up for the cause, donating seven times since Adrian's first cancer diagnosis.

"It's like a peaceful happy feeling knowing that you can do something so simple," said Mauer.

Six months after Adrian's last chemotherapy treatment, Gafic said he is on the road to recovery.

"His body is getting back to normal," she said. "There's still a lot of hurdles, but he doesn’t need blood products anymore, and things are looking up."

The Hero in You campaign continues throughout the month of November with the goal of filling four more blood donation appointments.

You can book a blood donation appointment by using the GiveBlood app, going to blood.ca, or calling 1-888-2-donate.