'This has to stop': RCMP say cases of 'Super Speeders' are increasing in Manitoba 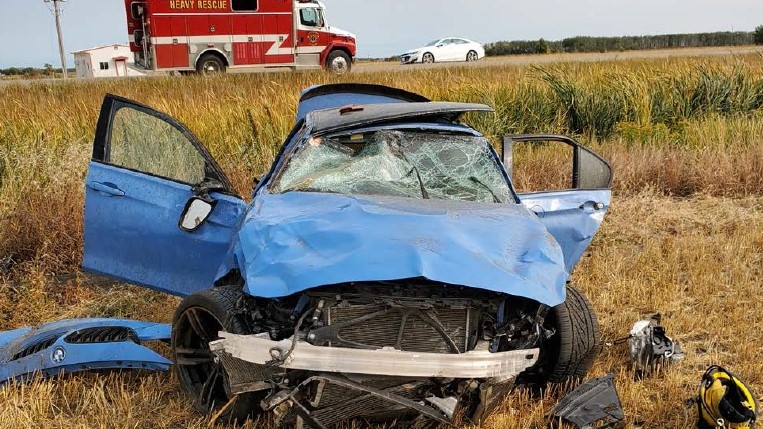 RCMP said a driver of a BMW lost control and rolled, sending the three passengers to hospital, one of whom was thrown from the vehicle and suffered life-threatening injuries. (Source: Manitoba RCMP)

WINNIPEG -- Manitobans need to slow down – that's the message RCMP has for drivers with lead feet, as cases of 'super speeding' are increasing.

On Monday, three people were taken to the hospital – one with life-threatening injuries – after a BMW rolled several times after speeding down Highway 2 near St. Claude, Man.

At 10am on Sept 14, 2 cars were racing on #MBHwy2. As they came upon another vehicle, one car took the WB lane & the other took the shoulder, lost control 1 km later & rolled several times. 21yo passenger ejected & in critical condition. 21yo driver uninjured. #rcmpmb #noexcuses pic.twitter.com/BcMcCk1gbV

RCMP say two vehicles, a BMW and a Chevy Malibu were driving together at excessive speeds when they approached another car.

"Rather than slow down, the two vehicles attempted to simultaneously pass, with Chevy Malibu going into the westbound lane of traffic and the BMW going onto the gravel shoulder," RCMP said in a news release. 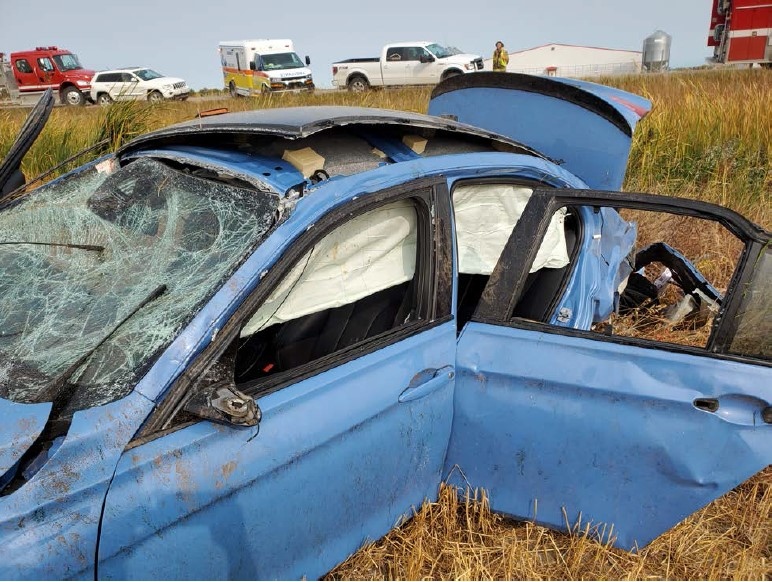 Shortly after, RCMP said the driver of the BMW lost control and rolled, sending the three passengers to hospital, one of whom was thrown from the vehicle and suffered life-threatening injuries.

He was airlifted to hospital in critical condition where he remained as of Thursday afternoon.

The driver of the vehicle, a 21-year-old man, was not injured in the crash. RCMP say speed is believed to be a factor in the crash.

Cases of Manitobans driving at excessive speeds have been on the rise this year. RCMP calls them 'super speeders' – drivers going 50 km/h or more over the speed limit.

This has to stop. On Sept 10, this 40yo male was caught on #MBHwy75 doing 194 in a 100. The driver claimed he was in the process of down shifting and then asked the officer not to ticket him. Fined $1280 + license review with MPI. #rcmpmb #noexcuses pic.twitter.com/deX1aIxXxD

A few days earlier, a 37-year-old woman was caught driving her motorcycle going 230 km/h in traffic along Highway 59 near Grande Point, 130 km/h over the speed limit. 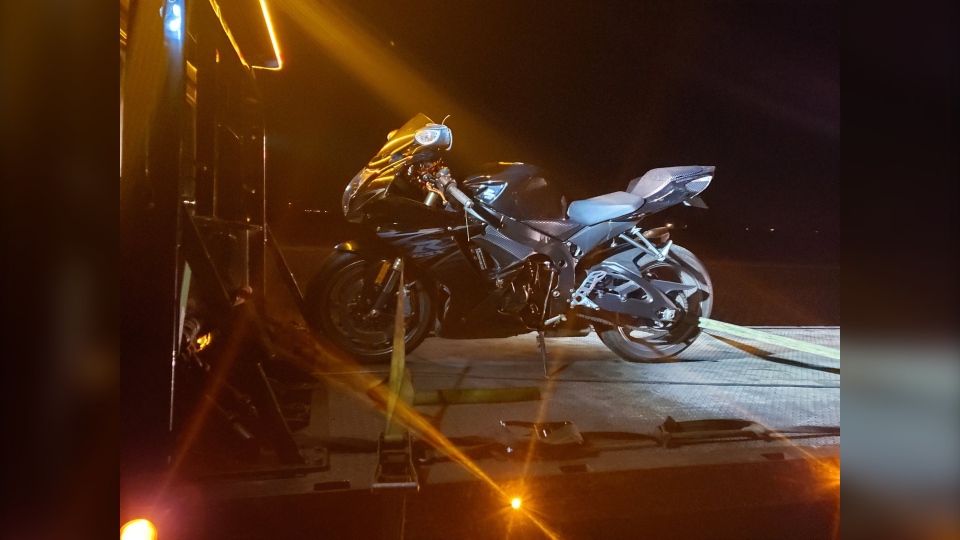 RCMP said she slowed down, drove into the ditch, and was lying in the ditch. Officers were told her clutch had blown and she was lying down because she was tired.

The woman, who had an expired license, was given five tickets totalling $1,785.

Hume said from April to August of this year, the RCMP has issued 253 tickets for super speeders, compared to the same time last year when they issued only 153 tickets.

Hume said since April of this year, they have seen a 15 to 30 per cent increase in super speeding each month.

MPI told CTV News the highest speed recorded in the province between July and August was 105 km/h over the posted speed.

"This trend has to stop," Hume said. "Driving isn't a game. Lives don't get reset for another turn. Lives are lost, lives are changed forever and families are destroyed."

HOW SPEEDING CAN TURN DEADLY

Hume said speeding can turn what would be a minor collision into a catastrophic collision.

"Hitting a deer at 100 km/h might cause some decent damage to a vehicle, but might not even set off the airbags," he said. "Hitting the same deer at 150+ km/h can be un-survivable."

He said hitting the gravel shoulder of the road can be easy to recover from at 100 km/h, but can result in a deadly rollover when going 150 + km/h.

Did you see these 2 speeding on your Fri am commute near the West Perimeter & Centreport? #rcmpmb did. And they almost caused a collision weaving in & out of traffic @ over 150kmh. Both male drivers (ages 28 & 35) charged with Careless Driving + serious offence notice. #noexcuses pic.twitter.com/zuj53FvuEJ

He said between 25 and 40 per cent of the fatal collisions are caused by excessive speeding or aggressive driving.

“Our officers are encountering more and more reckless drivers who are endangering the lives of every single person on our roads,” Hume said. “Speeding along with extremely dangerous driving behaviours are directly leading to serious injuries and deaths across the province. This has to stop.”