'This is affecting an ecosystem': Winnipeggers concerned over Hydro clear cutting

WINNIPEG -- The sounds of chainsaws and falling trees came as an unwelcome surprise to some residents in the East Fort Garry area of Winnipeg.

Manitoba Hydro has begun clearing trees in Sandra Crowson Bay Park near power lines, a necessary practice according to the area councillor, but one done without prior consultation with the affected homeowners.

"The lack of consultation has to stop. These are important urban forestry lands. We understand that repairs happen, but in this case, there is no information on when, where, how the repairs are going to take place, and all the residents know to date is trees falling down and being lost to them," said Sherri Rollins, the city councillor for the area. 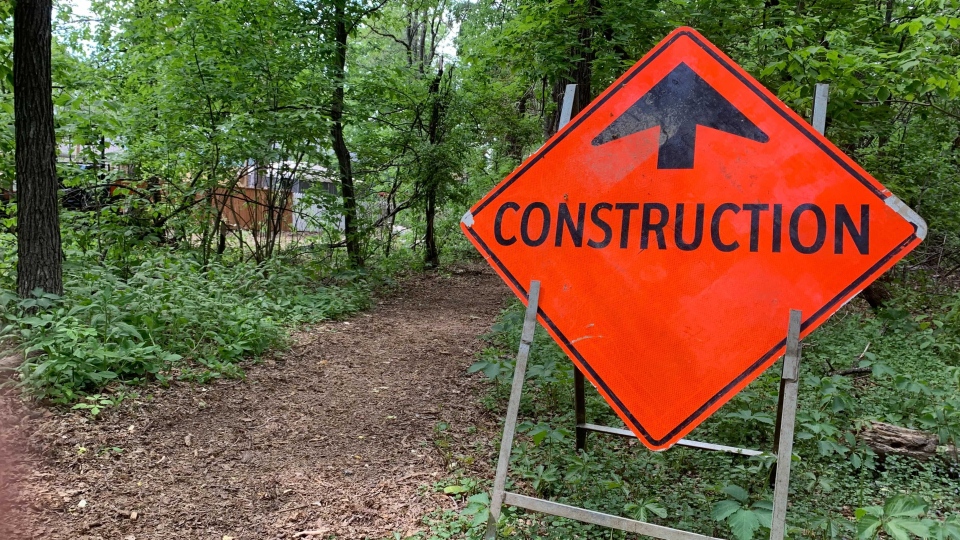 Local homeowner Dan Roy said he approached a tree company employee this past Tuesday and asked what was going on. His home backs onto one side of the affected area. He was told they were going to clear an area about five feet wide and that they had to clear trees away from the hydro lines.

"The next day we come out, they are clearing everything 12 feet away from our fence. Everything," said Roy.

The importance of the forested area isn't limited to the area's residents, according to Roy. It's home to a number of urban forest dwellers like owls, foxes and turkey vultures.

Rollins said she contacted Manitoba Hydro about concerns on the downed trees from residents, especially in light of the clearcutting that took place earlier this year in Omand Park.

In a statement to CTV News, a spokesperson for Manitoba Hydro writes, "We have to manage vegetation for reliability of our service to our customers and public safety, and completely understand it's sad to see trees removed. The poles in the area are scheduled to be replaced."

As for Rollins, she wants to ensure the remaining trees aren’t touched. 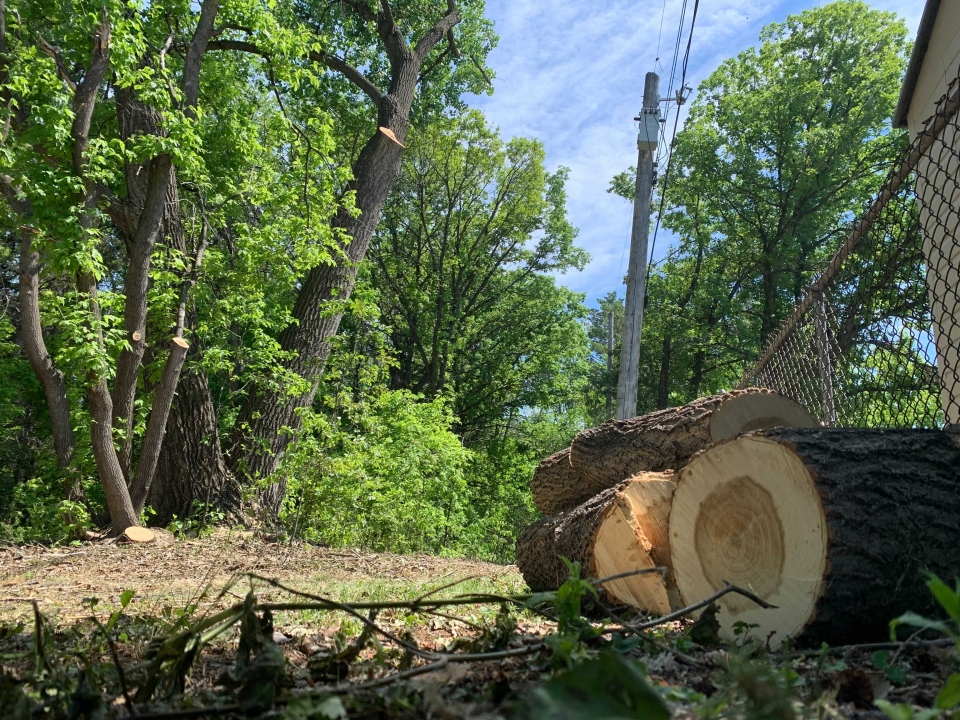 "We want to make sure this goes no further. There are no concrete plans that neighbours have been told. As a matter of fact, neighbours were told when they saw the trees going down on site," said Rollins.

Rollins said a second 12-foot clearing is in the works, similar to one done to near Roy's property.

"Why are they removing forest when the city is asking us to plant trees. I just planted three trees in my yard last year," said Roy. "And they are taking these things out like nothing."