'This is not working': La Broquerie residents concerned about mailbox break-ins

WINNIPEG -- Residents in Steinbach and the Rural Municipality of La Broquerie have noticed someone is picking off their parcels.

In recent months, residents have said community mailboxes in the area have been the target of repeated break-ins.

Kolbrun Finnsdottir lives in La Broquerie and drives to her mailbox 2-3 times a week. Earlier this month she noticed something was off.

“I came to get my mail one day and I noticed all the parcel boxes were open,” said Finnsdottir.

“I noticed scratch marks and the locks on the ground, so they were broken into.” 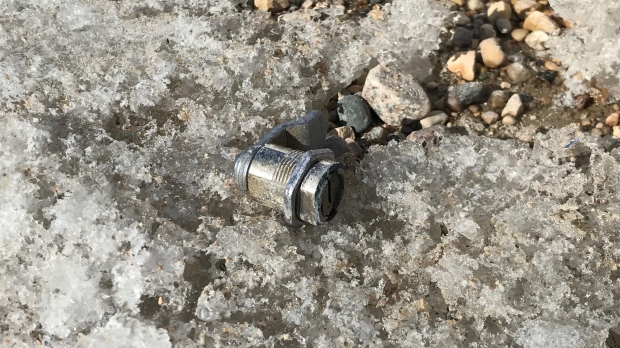 Finnsdottir went to the Post Office and reported the break-ins. She said she was told the locks would be replaced, and she could start picking up her mail at the Post Office is she wanted.

In a statement to CTV News, Canada Post said:

“We take these matters and the security of the mail very seriously,” the statement said.

“We are constantly monitoring and evaluating community mailbox sites, but as you can understand, we don't divulge specific security measures or broader information related to our equipment publicly as doing so would hamper their effectiveness.”

Canada Post said when vandalism occurs at community mailboxes, customers who believe they haven’t received a package should contact the sender.

They said if you’re concerned about identity theft or fraud, you should contact the Canadian Anti-Fraud Centre.

They don’t have any suspects at this time, and they’re continuing to investigate.

Finnsdottir said she checks her mail everyday now because she’s afraid of getting her mail stolen. She believes the mailboxes aren’t secure enough.

“This is not working,” said Finnsdottir.

“These locks are pretty easy to pry open, and (Canada Post) need(s) to do something about this.”