This Winnipeg dog is now a world champion 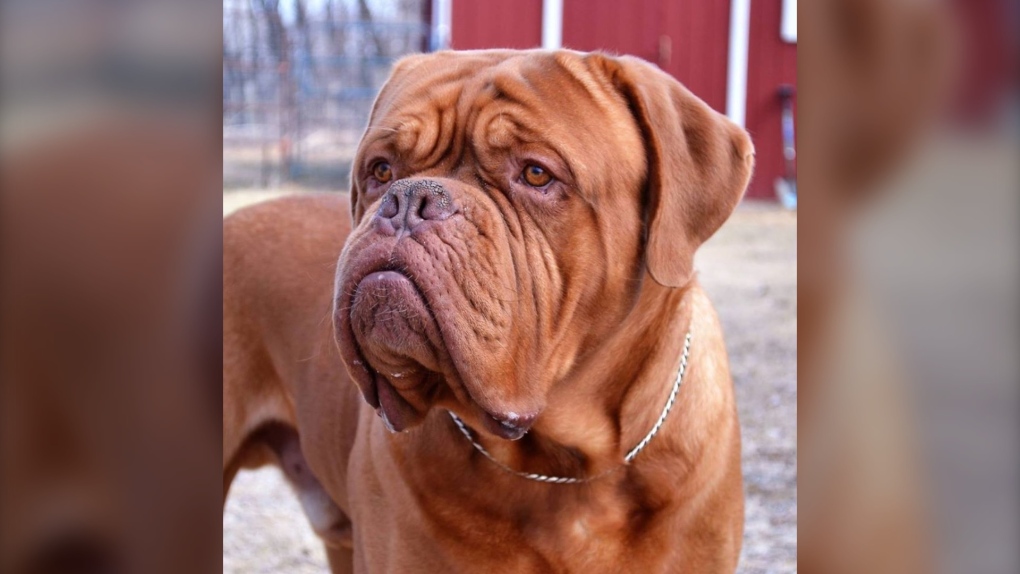 Obi, who is owned by Winnipeg resident Kim Lellig, won Best of Breed for his category at the Westminster Kennel Club Dog Show. (Source: Facebook/Kim Lellig)

WINNIPEG -- Kim Lellig and her dog Obi came back home to Winnipeg as Best of Breed Champions at the Westminster Kennel Club Dog Show.

Obi, a five-year-old Douges de Bordeaux, was competing in his second Westminster show and after being given an award of merit last year, he claimed top prize in the Bordeaux category for 2020.

"Obi and I have actually worked very hard to keep in the top rankings in the United States and Canada," said Lellig.

She said in 2019 Obi was ranked the number one Bordeaux in Canada and number three in the United States.

For shows, Obi goes by his registered name Camelot's a New Hope, and Lellig said at Westminster he was shown with a professional handler, Holley Eldred and Lellig felt Eldred did a "fantastic job."

Bitten by the bug

Lellig said she has been competing in dog shows for about 10-years and said she was originally introduced to the event after being "voluntold" to attend one.

"I got bitten by the bug. It was enjoyable," she said. "They are actually quite wonderful social events. There is a real community, especially here in Winnipeg, a fairly tightly knit community that supports each other and I loved it."

Lellig has only ever done shows with Bordeaux and said she loves the breed.

"Their warmth and intelligence has won me over," she said, adding she has owned other large breeds but Bordeaux's offer her the companionship she looks for in a large dog.

There is no rest for Lellig or Obi as they are heading to Brandon for the Crocus Obedience and Kennel Club show which starts on Saturday.

Lellig said along with Obi she is bringing his two offspring who will be competing in their first events.

When it comes to Westminster in 2021, Lellig hopes to keep Obi's ranks up in the U.S. so they can be invited back for next year’s show.

The Westminster Kennel Club Dog Show has been hosted in New York City since 1877.