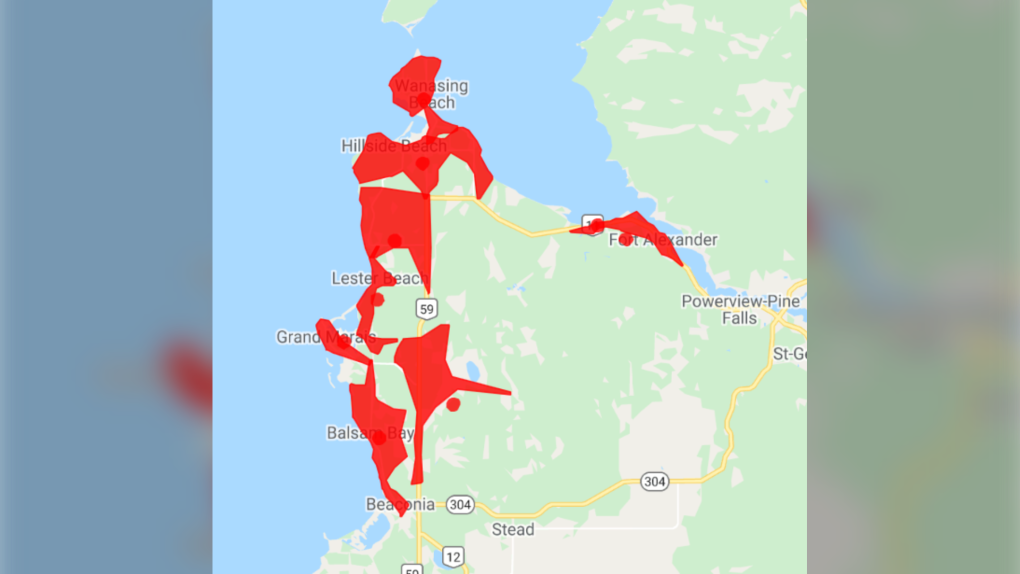 WINNIPEG -- Thousands of Manitoba Hydro customers were without power Monday morning due to an outage in Fort Alexander and the East Beaches.

According to a spokesperson for Manitoba Hydro, the outage began just before 3 a.m. when “a 66kV line from Pine Falls that supplies power to Fort Alexander and the East beaches tripped.” There is currently no information on what caused the outage, which impacted 6,000 customers.

Manitoba Hydro is working to get power back and expects to have all customers in the area restored by 8 a.m.