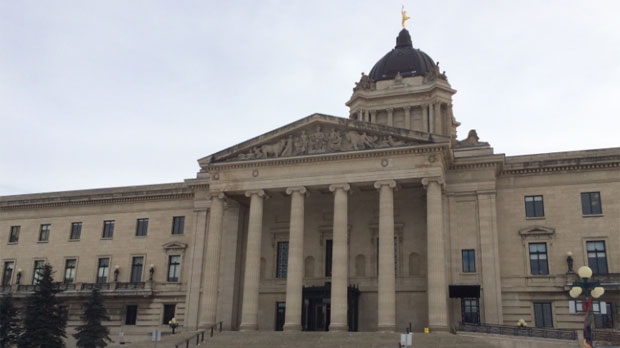 The Manitoba Legislature in Winnipeg. (The Canadian Press)

WINNIPEG - Campaigning continues in the campaign for the April 19 Manitoba election and the talk is turning to flooding, forestry, Lake Manitoba and the media.

He's also pledging to create a foestry advisory council with indigenous leaders and industry to ensure northern communities a share of jobs and other benefits.

Conservative Leader Brian Pallister is promising to finish a $495-million outlet on Lake Manitoba, where communities have been battered by flooding in recent years.

Liberal Leader Rana Bokhari is accusing media outlets of not covering some stories about the NDP government because they rely on government advertising.

She says that's not a negative thing, but she says it's common knowledge that people believe it's the way the system works.