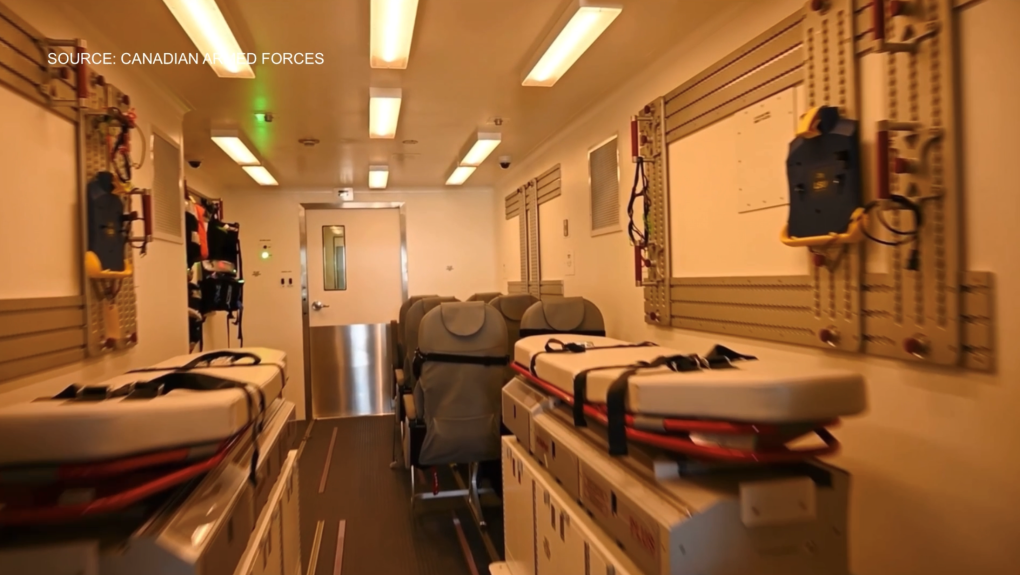 A photo of the specially-designed isolation unit that fits inside a plane to transfer several COVID-19 patients at once. (Source: Canadian Armed Forces)

WINNIPEG -- Three more Manitobans with COVID-19 have been transferred to Ontario for care.

In an email to CTV News, a Shared Health spokesperson said the three patients were taken to Ontario on Friday.

The patients were transferred using a Royal Canadian Air Force plane with a specially-designed isolation unit inside.

The plane is part of Operation LASER, a Canadian Armed Forces mission looking to provide aid to Manitoba during its devastating third wave.

Shared Health said it is the first time the plane has assisted with a transfer.

According to the spokesperson, two patients were also brought back to Manitoba on Friday.

Shared Health said the two people’s conditions had improved to the point they no longer needed critical care. It said both returning patients were placed back in the hospital upon arrival for further care.

As of these transfers, 28 patients from Manitoba are currently being treated outside the province, all in Ontario except for one in Saskatchewan.

So far, 31 critically ill COVID-19 patients have been transported out of the province since May 18, with only three back in Manitoba.

Shared Health said additional patients in the ICU are tentatively scheduled for transfer on Saturday as part of ongoing efforts to maintain capacity for the care and treatment of Manitobans in need of critical care.

Due to a technical problem, the province did not release updated data on hospitalization numbers on Saturday.