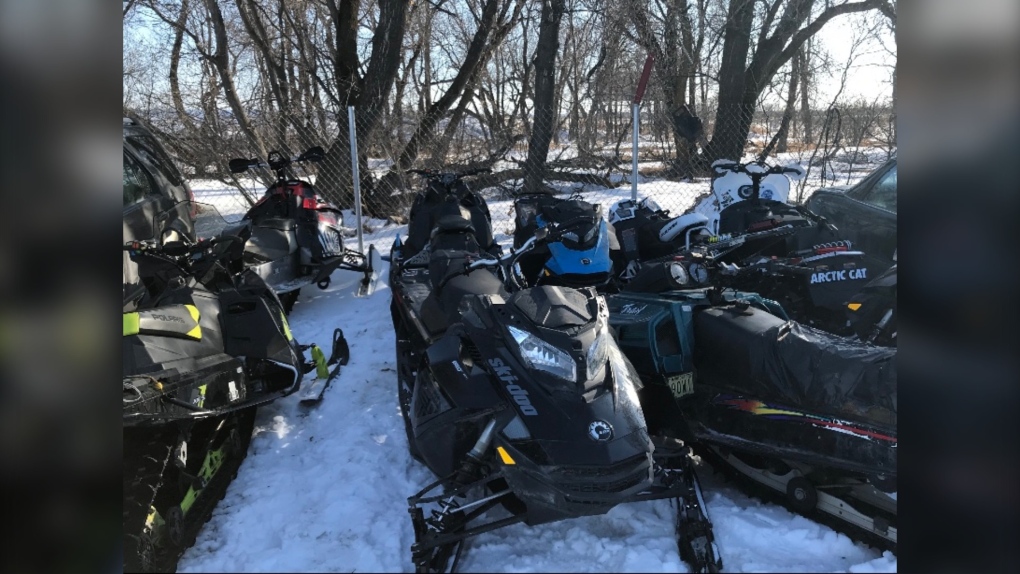 Supplied photo of the snowmobiles.

On March 11 just after 10 a.m., officers in Dauphin, Man., did a traffic stop on a pickup truck with a snowmobile in the back, because there’d been a large number of snowmobile thefts in the area over the last two months. Mounties said they determined the snowmobile had been stolen and arrested a 17-year-old boy from Dauphin.

The investigation continued by the CREST Unit, with police searching a home in the Rural Municipality of Grandview on March 13. According to RCMP, this resulted in the discovery of 11 stolen snowmobiles, two stolen ATVs, unsafely stored guns, and a small amount of meth.

Jordy Clyde Robertson, 21, was arrested at the scene, taken into custody and charged with several offences, including 11 counts of possession of stolen property.

A 22-year-old Roblin, Man., man has also been arrested in connection with this incident. He has been released from custody on court-imposed conditions, and is set to appear in court on May 26.

RCMP continue to investigate and additional arrests are pending.