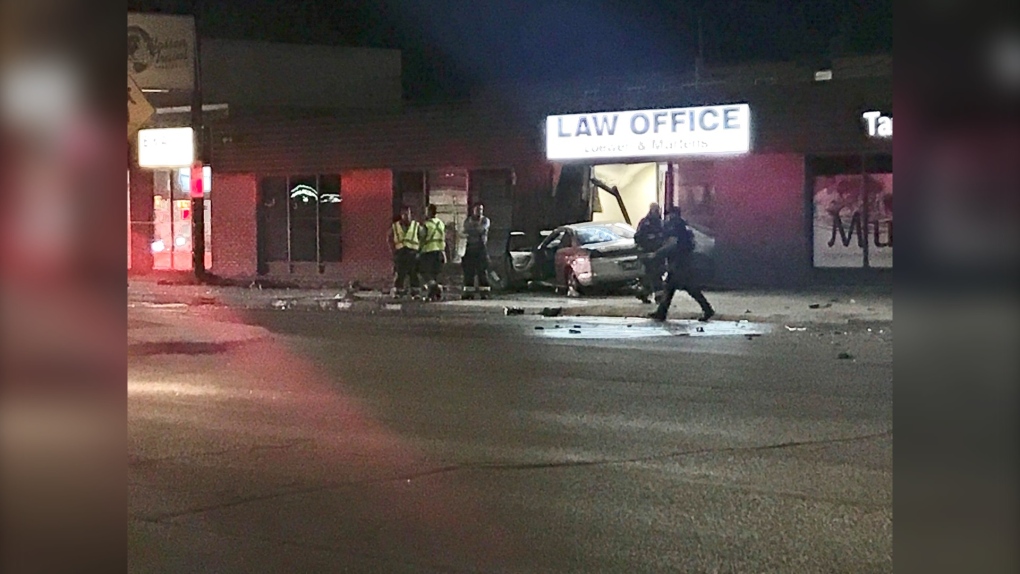 Images from the scene show the car crashed into a law office. (Source: Mason DePatie/CTV Winnipeg)

Police said they received a report about the collision at Henderson Highway and Oakland Avenue just before 9:30 p.m. Images from the scene show the car crashed into a law office.

Officers said a vehicle was driving north on Henderson Highway “at a high rate of speed” when it hit the back of another vehicle. This crash caused the first vehicle to collide with the law office, according to police.

Fire crews came to the scene to extricate three people.

All three are now in stable condition.