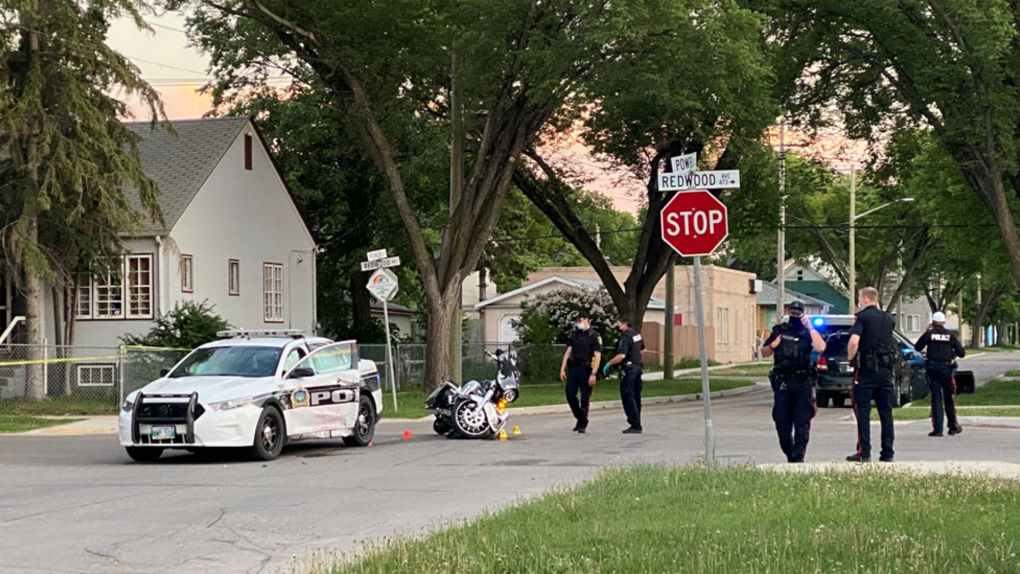 According to police, a marked police cruiser was involved in a crash with a motorcycle at Redwood Avenue and Powers Street around 7:30 p.m.

Both vehicles appear to have sustained significant damage. Officers could be seen placing evidence markers around the intersection.

Police said the driver of the motorcycle was taken to hospital in stable condition. The two police officers in the cruiser car were also treated in hospital and released.

The Independent Investigation Unit of Manitoba (IIU) is investigating the incident.

-With files from CTV's Stephanie Tsicos and Renee Rodgers