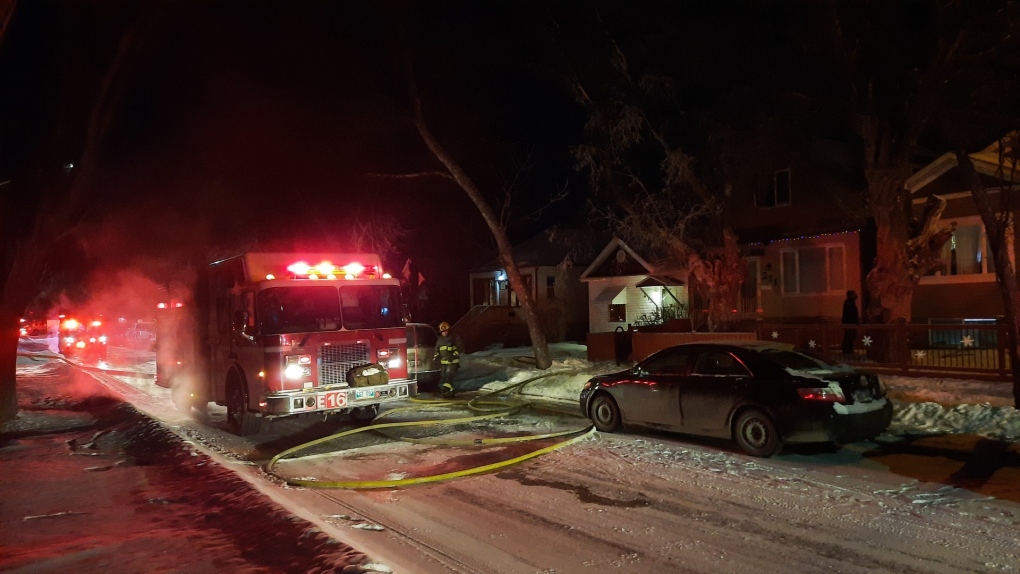 WINNIPEG -- Three people were taken to hospital Saturday night after a fire broke out on Semple Avenue.

The Winnipeg Fire Paramedic Service (WFPS) was called to 200 block of Semple Avenue just after 8:30 p.m. When crews arrived smoke could be seen coming from the home.

Firefighters launched an attack on the blaze and it was declared under control at 9:02 p.m. Everyone in the home was able to get out before crews arrived.

Three people were assessed by paramedics on scene and taken to hospital in stable condition.

No one else was injured.

The cause of the fire is still under investigation and there are no damage estimates available.