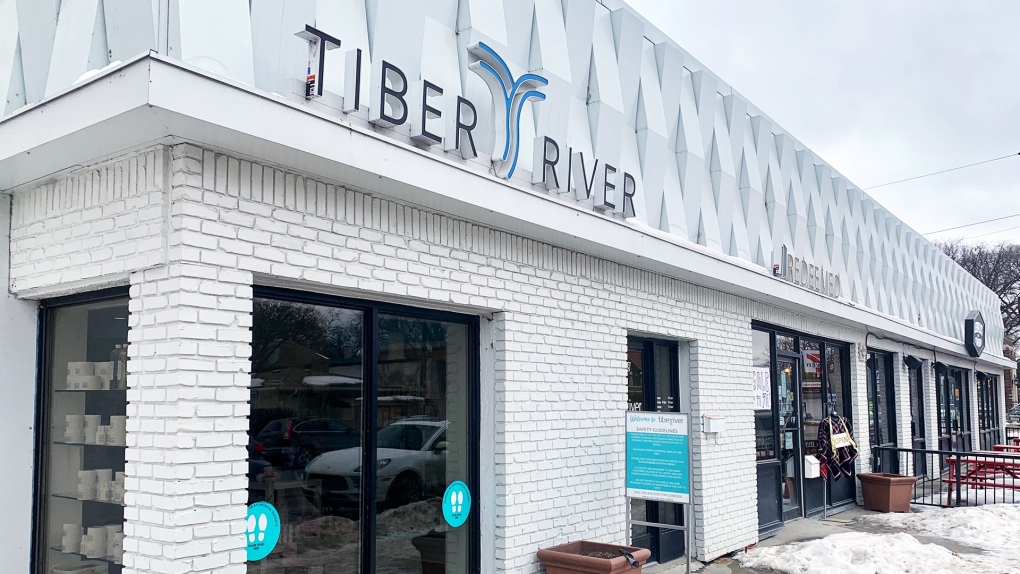 Tiber River Naturals is facing a lawsuit from a former employee who alleges she was wrongfully dismissed because she was pregnant. (Source: Scott Andersson/ CTV News Winnipeg)

WINNIPEG -- Tiber River Naturals is facing a lawsuit from a former employee who alleges she was wrongfully dismissed because she was pregnant.

In a statement of claim filed in October 2020, Deanne MacNeil—the former Marketing Manager of Tiber River Naturals in Winnipeg—alleges her job was "suddenly and without prior notice or just cause” terminated, and she is seeking damages.

MacNeil had returned to Tiber River Naturals from her first maternity leave on October 14, 2019. Later that month, she advised the company that she was expecting her second child on April 1, 2020, and was intending to take maternity leave around that time, according to the claim.

The claim said MacNeil had worked "competently, faithfully, and diligently" during her employment.

In January 2020, MacNeil had a meeting with Tiber River Naturals President Michelle Lalonde and founder Adriana DeLuca, when – according to the claim – she was told her position was being terminated.

In a statement of defence filed in November 2020, Tiber River Naturals said it was aware MacNeil was pregnant at the time of her termination, but didn't know how many months pregnant she was, or the particular date she planned to take maternity leave.

The statement of defence alleges MacNeil did not provide Tiber River Naturals with a specific date of when she would go on maternity leave.

The claim said during another meeting with Lalonde and DeLuca, MacNeil was told the marketing department was being outsourced to another company, 6P Marketing.

"Adriana DeLuca confirmed that the other members of the Tiber River marketing team had been offered positions with 6P Marketing," the claim reads.

"Mrs. MacNeil was advised by Adriana DeLuca that the reason she was not offered the same opportunity with 6P Marketing was because she was pregnant."

In its statement of defence, Tiber River Naturals denied the allegation, saying if DeLuca made this comment -which they denied- it was "purely conjecture" as she had "no input whatsoever into the hiring decisions made by 6P Marketing."

In the claim, MacNeil said she was given two weeks’ notice during the meeting with the Tiber River co-owners. The claim said this notice would not give MacNeil enough hours to apply for and receive the Employment Insurance Benefits during her maternity leave.

MacNeil said Tiber River gave her a letter offering her an additional six weeks working notice on top of the two weeks, but she would be required to sign a form that would release Tiber River of any legal liability in her termination.

"Tiber River was using Mrs. MacNeil's need for Employment Insurance Benefits against her to induce her to sign the release," the claim reads.

The claim said MacNeil turned down the offer, "so as not to forgo her legal rights." It said when she was terminated, she was 200 hours short to receive the insurance benefits during her maternity leave.

MacNeil is seeking damages, along with a declaration that she was wrongfully dismissed, and an "appropriately favourable letter of reference" from Tiber River.

Blayne Todd, the chief operating officer of Tiber River Naturals, told CTV News the company would not comment further on the lawsuit as the matter is before the courts.

The allegations in the statement of claim have not been proven in court.

As of Wednesday, no hearings on the matter had been scheduled in court.