A village of tiny homes for veterans experiencing homelessness is coming to Winnipeg.

On Wednesday, the Homes For Heroes Foundation announced its plan to build the Winnipeg Kinsmen Veterans’ Village – a group of 20 tiny homes, a resource centre, two on-site counsellors, community gardens and recreation spaces.

"There is an issue in Winnipeg," said David Howard, president and CEO of the Homes For Heroes Foundation. "We have over 160 veterans that are experiencing homelessness in Winnipeg with more in the surrounding area."

Howard said the village will provide wrap-around social support services to help veterans going through a hard time in their lives get back on their feet.

It's a plan that Howard said has been in the works for three years. The facility will be built on a piece of land in Transcona, which he said the city sold to the foundation. 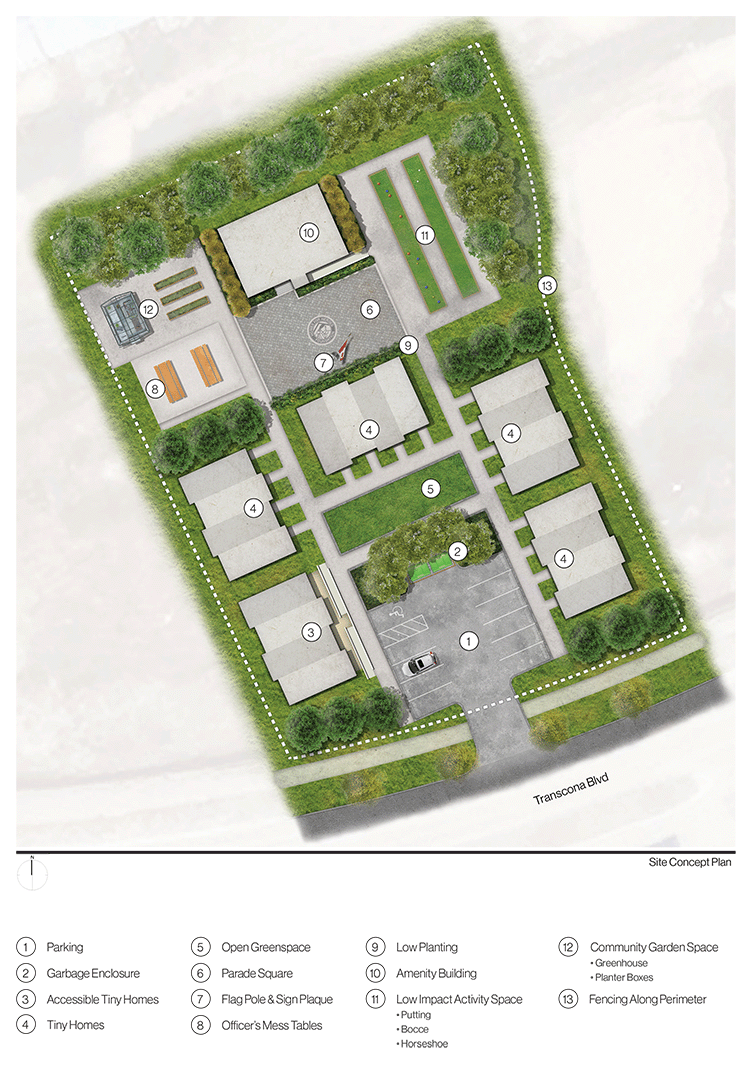 Howard told CTV News the plan is to begin building in the spring at the site along Transcona Boulevard.

The Homes for Heroes Foundation has similar villages in Calgary and Edmonton, and plans to open another village in Kingston, Ont.