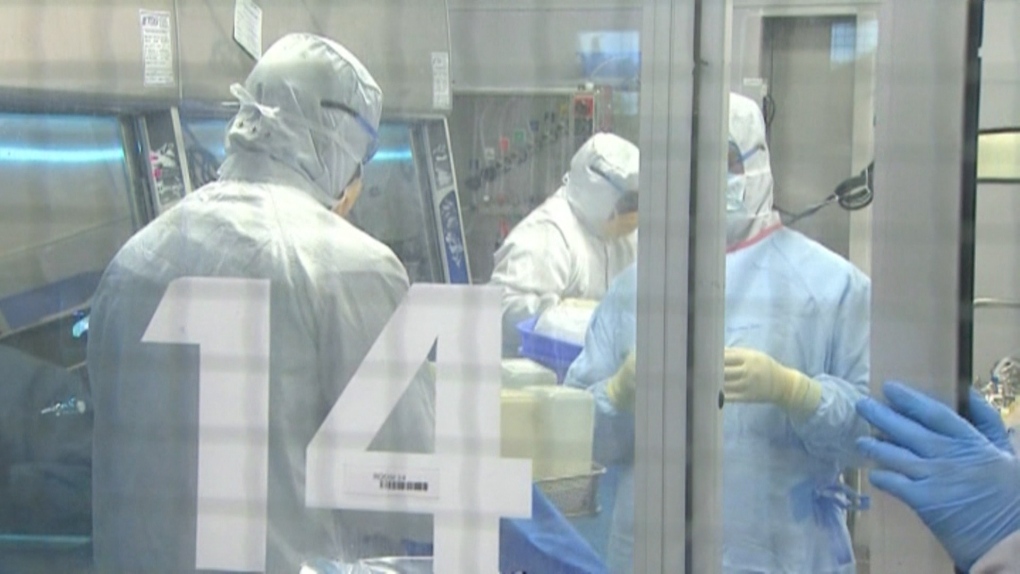 Tissue donation is pictured in an undated image.

The award is given to companies and agencies who exceed best practice levels in all areas.

In a statement to CTV News, Mike Real, vice president of procurement with MTF Biologics, explained one of the reasons the organization was selected.

“We awarded Tissue Bank Manitoba with this honour because of their commitment towards ensuring that all recovered tissues can be fully utilized to provide recipients with their needed transplants,” he said.

Kimberly Dodds, director of Tissue Bank Manitoba, explained how they were picked.

“Every year, a processing agency that we work with, MTF Biologics, selects recovery agencies who have maintained best practice over the previous years. So in 2019, every quarter, Tissue Bank Manitoba hit every best practice standard,” said Dodds.

She said they were up against 30 other agencies across North America, she said. This is the second time they have won the award.

In 2014, they also received the Golden Scalpel Award for the lowest tissue error rate, Dodds said.

Additionally, they also received four Best Practice Awards this year for work to recover life-saving and life-enhancing tissues, such as skin.

“Because we hit all best practices in every category constantly over each quarter of 2019, we received the Emerald Award,” Dodds said. “If you drop below best practice in any quarter, you don’t get the award.”

MTF Biologics is one of the world’s largest tissue banks, Dodds said. They have worked with them for the last 15 years.

“Tissue needs to be processed before it can be transplanted. It’s a little bit different than organs. We’ve had a very productive relationship. So we send the tissue there to be processed and then returned to Manitoba for transplant,” she said

In 2019, more than 1,100 tissue allografts were transplanted in Manitoba, Dodds said, due to the organ donations from 38 deceased Manitobans. She said those who choose to become donors can save up to 100 lives.

“I would just like to encourage all Manitobans to become organ and tissue donors and talk to their families so they can do that. And, I would like to thank everyone for the gift, because it certainly does help people in Manitoba, across Canada, and around the world,” said Dodds.

Since the pandemic started, Dodds said the organization has been working hard to ensure the continuation of tissue donation. She said they haven't had to make too many changes to their practices, noting they were using universal precautions already in their daily operations.