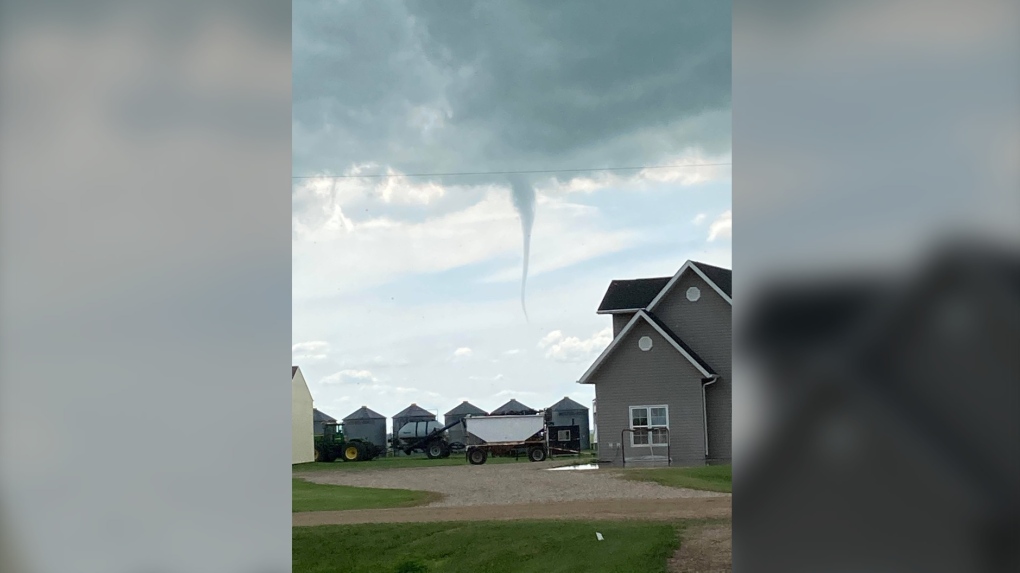 WINNIPEG -- As west-central Manitoba continues to recover from overland flooding, many other parts of the province were under various Environment Canada warnings Sunday night.

All warnings have since ended as of Monday morning.

The weather service issued a tornado warning for the Steinbach - St. Adolphe - Emerson - Vita – Richer area Sunday afternoon. The warning has since ended.

Environment Canada said Doppler RADAR indicated that a tornadic thunderstorm was moving toward the east earlier in the day.

It said the storm was dangerous and could have created a potentially life-threatening situation. Environment Canada recommends that if you hear a roaring sound or see a funnel cloud, swirling debris near the ground, flying debris, or any threatening weather approaching, take shelter immediately.

Most of Manitoba was also under a severe thunderstorm watch.

A severe thunderstorm warning is still in effect for:

A full list of watches and warnings can be found here.