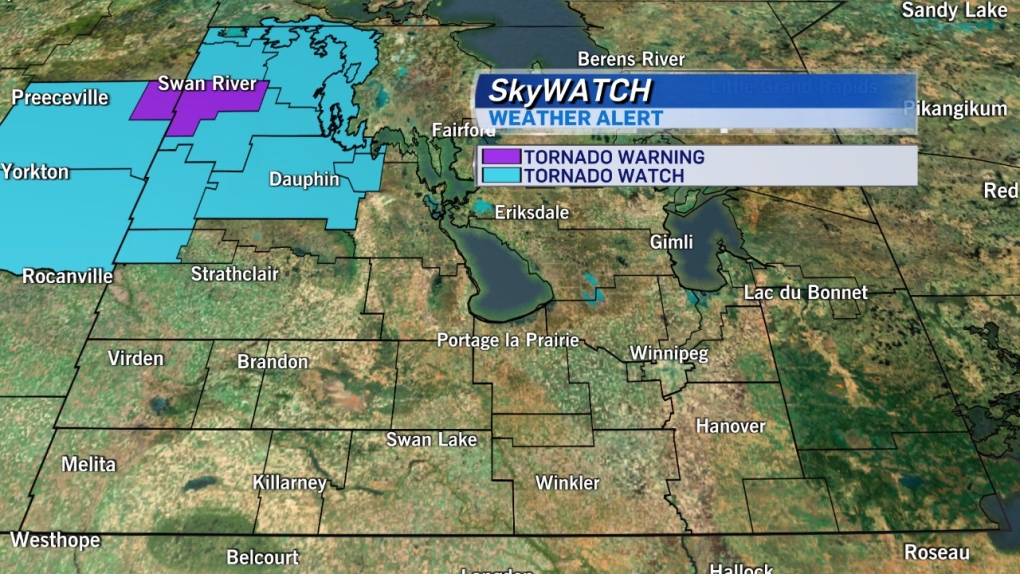 Tornado warnings and watches in place for parts of western Manitoba have ended.

Those warnings were downgraded to tornado watches around 9:45 p.m.

Just after 10 p.m., only a tornado watch for Dauphin - Russell - Roblin - Winnipegosis remained in place. It ended around 10:30 p.m.

ECCC told CTV News baseball-sized hail was reported in Bowsman, approximately 17 kilometers north of Swan River. It said the same low pressure system triggered at least three tornadoes in Saskatchewan Wednesday. It had not received any reports of tornadoes in Manitoba late Wednesday night, however it said the line of thunderstorms passed through sparsely populated areas of the province, and the possibility that a tornado did touch down could not be ruled out.

- with files from CTV's Renée Rodgers

What can you do to help mitigate shortages of fever and pain relievers?

A new study has found an increased risk of certain long COVID-19 symptoms up to two years after an original infection.

How Canadians can save on exchange rates while travelling

At a time of high inflation, questions about what cards to use, how much local cash to withdraw and which currency conversion services to avoid are particularly valuable. Here's what to know when seeking cost-effective methods of spending money overseas.

Parliament's top-secret national security committee is launching a review into federal agencies' ability to intercept private communications, on the heels of the RCMP revealing it has been using spyware as part of major investigations, for decades.

In the wake of the Hockey Canada scandal, some advocates are calling for the use of non-disclosure agreements to be banned or restricted in settlement agreements in cases involving abuse.

A top executive at former U.S. President Donald Trump's family business pleaded guilty Thursday to evading taxes in a deal with prosecutors that could potentially make him a star witness against the company at a trial this fall.

Majority of people with Omicron don't know they have it: study

A new study has found that more than half of people infected with the Omicron variant of COVID-19 were unaware they had it. Undiagnosed infections could be the reason why the variant spread so rapidly, according to researchers.