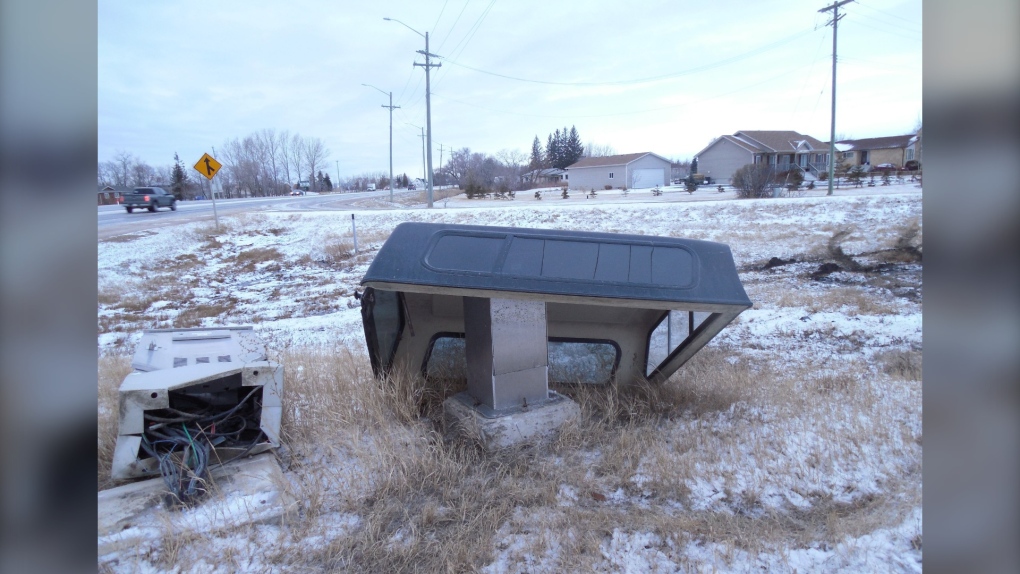 A truck cap is seen near a damaged traffic controller cabinet in the RM of St. Andrews on March 24, 2021. (Image source: Manitoba RCMP)

WINNIPEG -- Red River North RCMP officers are investigating a collision in the RM of St. Andrews that damaged a traffic controller cabinet.

RCMP said they were called to a single-vehicle crash on Highway 9 at the Parkdale Road intersection on March 24 at approximately 7:25 a.m.

A witness who drove by the scene saw a white pickup truck in the west ditch, but when officers arrived, the truck was gone and a traffic controller cabinet, which controls traffic signals, suffered “significant damage.”

RCMP said there was a truck cap found at the scene that they believe is part of the truck involved in the crash.