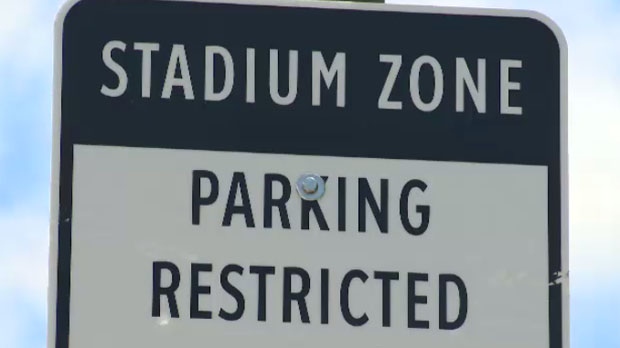 Residents around Investors Group Field say problems haven’t been as bad as some of them feared, but problems persist.

Residents who live around the new Investors Group Field have had an opportunity to assess how well the Winnipeg Blue Bombers’ parking plan is handling traffic. Although some residents say things aren’t as bad as they could be, the volume of people and cars travelling in and out of the area is still a concern.

Muhemmad Ashique said, during the last Bomber home game, someone knocked over the potted plant on his driveway and fans threw trash on his lawn.

“They throw all kinds of junk, glass, cans,” he said.

Ashique said traffic along University Crescent has been a nightmare. These are all problems he foresaw before the season began.

The city’s 311 line has received 2,400 calls related to the three home football games and the Taylor Swift concert. The city said the majority of those calls were information-related, not complaints.

“It's not as bad as I thought it would be,” said Brooke Ferguson. “I haven't seen any issues. I've been out in the evening.”

Parking is prohibited on streets around the stadium, so some offer spots on their driveway and even their front lawns. Toby Laviolette worries it will ruin his neighbour's grass.

“It would bring down property values, just the looks of it would be horrible,” he said.

Laviolette said parking is being handled well by police, but there is room for improvement when it comes to traffic.

“We're kind of locked in whenever there is a game on. It's tough to get out of the area, tough to get back into the area.”

A survey for those impacted by the stadium is on the Investors Group Field website. The city said it will use the feedback to continue to improve traffic, parking and other problems in the area.

Many residents complained about noise issues, especially the cannon that is fired when the Bombers score. Noise and vandalism complaints are handled by police, who didn’t have numbers readily available.

-  With a report by Jeff Keele