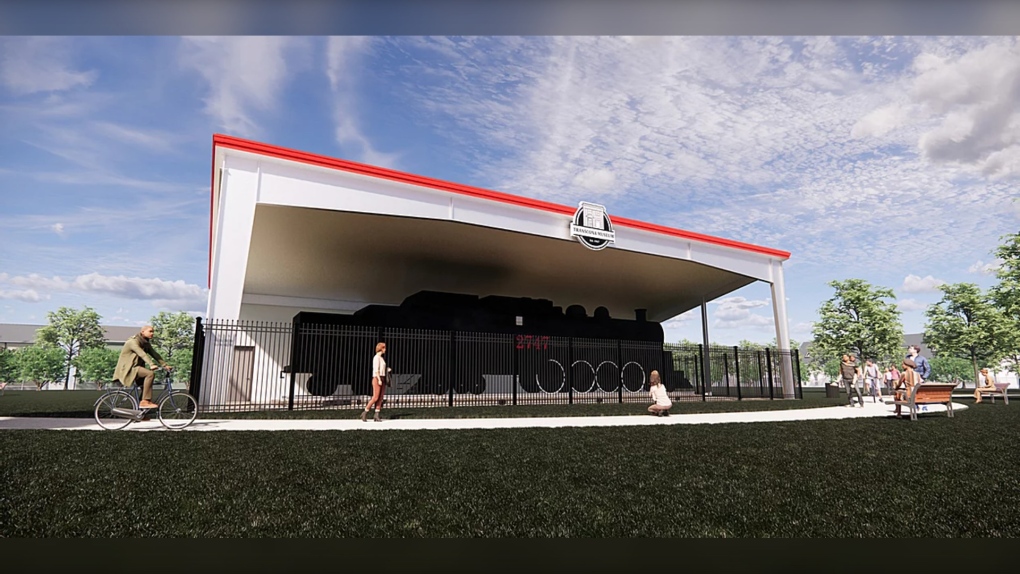 The announcement, made by the museum’s board of directors, coincided with the train’s 95th birthday. CN 2747, built in 1926 at the Transcona Shops, was the first steam locomotive constructed in western Canada. The train has been displayed on Plessis Road since it was retired from service in 1960.

The “Get On Board Capital Campaign” aims to raise $493,000 to build a permanent shelter over the locomotive in Rotary Heritage Park. The three-sided enclosure will help protect the engine from the elements, vandalism and theft. The museum said the goal of the structure is “to provide more consistent access and interpretation of the engine, including programming and tours.”

The Transcona Museum took ownership of CN 2747 in 2015 and has since completed some restoration work on the train, but according to the museum’s website, an enclosure will help extend the train’s lifespan for years to come.

The campaign, announced on the museum’s Facebook page, is calling on donors and sponsors to support the development of the structure.

As of Monday, the museum has raised over $111,000 towards the project.

Details on the project are available on the Transcona Museum’s website.