'Tunnels always meant something secretive': The history of Manitoba's century-old tunnel under the Legislature

'Tunnels always meant something secretive': The history of Manitoba's century-old tunnel under the Legislature 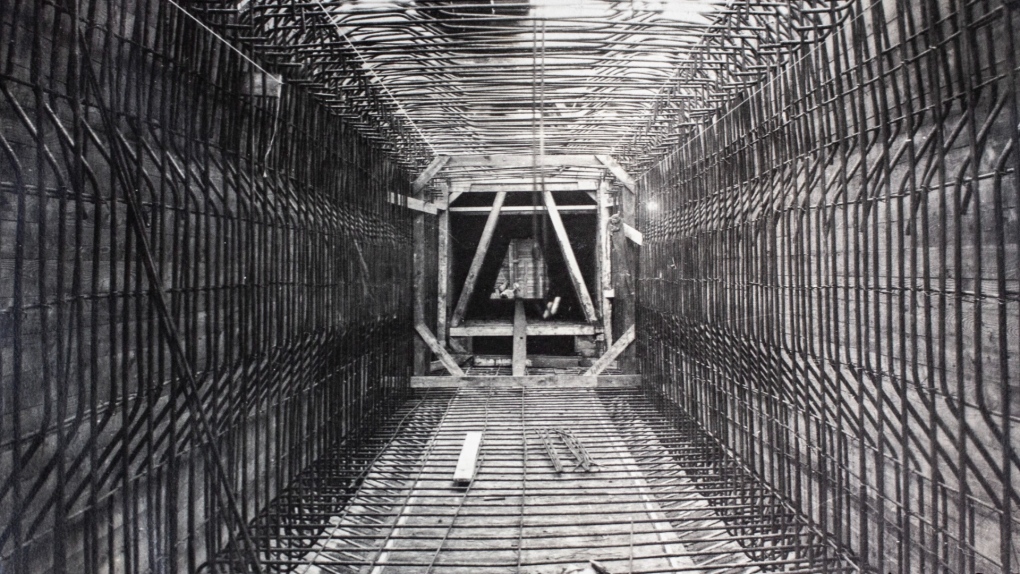 A look inside the tunnel as it is constructed underneath the Manitoba Legislature. (Source: Archives of Manitoba, Walter Fred Oldham fonds, Album showing views of Manitoba and construction projects including Main Street C.P.R. Subway, Legislative Building, and Eatons store, ca. 1914-1917, P8260/1.)

For more than a century, a tunnel 'under the dome' few have laid eyes on has been intriguing Winnipeggers.

The tunnel underneath the Manitoba Legislature, stretching under Broadway and over to the Manitoba Power House, is in the process of getting a facelift. 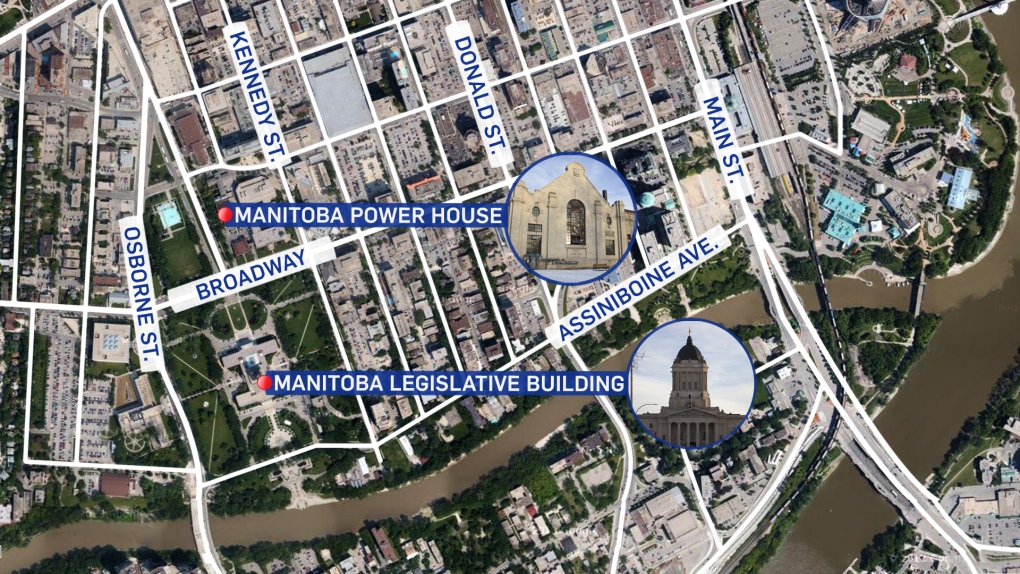 The tunnel underneath the Manitoba Legislature stretches under Broadway and over to the Manitoba Power House. (Source: CTV News Winnipeg)

"The project underway on the grounds of the Legislative Building consists of repairing the more than 100-year-old underground tunnel to extend the current life of the tunnel another 100 years," a provincial spokesperson told CTV News.

The tunnel's history goes back roughly 109 years, when the province was in the process of constructing the New Parliament Buildings – now referred to as the Manitoba Legislative Building.

Historical photos from the time show the slow construction as the grand epicentre of Manitoba politics began rising from the ground in 1913. 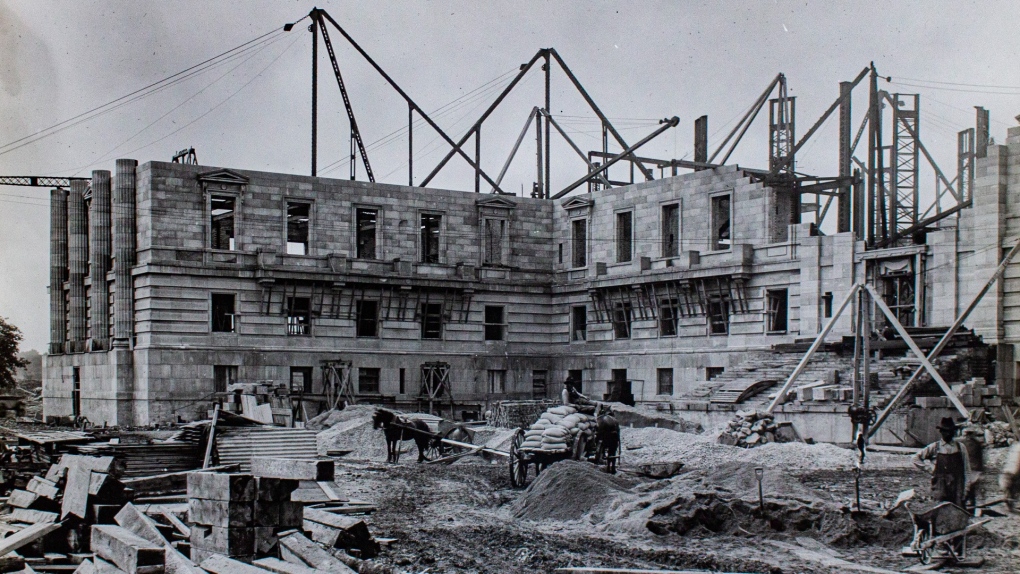 Between a World War, a resignation of a premier, the Winnipeg General Strike, not to mention scandal – including one contractor who overcharged the province thousands before fleeing the country – the arduous project would take nearly seven years to complete.

READ MORE: The Golden Boy who has watched over Manitoba for a century

Eventually, the Legislative Building opened in 1920, costing more than $9.3 million.

Below the feet of Manitoba's politicians who were just settling into the newly minted chambers, there was the tunnel.

One roving columnist ventured into them nearly 100 years ago.

"Right under the dome there is the most delightful tunnel you ever saw in your life," the writer, identified only as T.B.R., accounts in the Manitoba Free Press published on March 7, 1925.

First, T.B.R. writes, you go down an elevator, through a door and into a narrow passage where those exploring were greeted by a sign warning legislative members, 'If you indulge in conversation in this passage you will be instantly dismissed.'

After plunging down a flight of stairs, there is the entrance of the tunnel.

"This tunnel is narrow, and full of pipes which run along each side of it; and there is heat in the pipes and the tunnel is as hot as a mouth full of red pepper," T.B.R. writes.

"Just as your knees are beginning to wobble it seems to get a little cooler; and then it really does get a little cooler, but not much. And by this time you have crossed under Broadway, burrowed through Broadway like a mole, and emerged in the power house on the other side of the street.

"And the engineer sees you and says: 'How do you do; members of the legislature, I presume?" and then you faint, because after all that hot tunnel, you ain't got enough reserve strength to stand such an imputation as that."

Of course, urban legends are floating around the tunnel, with some speculating the subterranean passage could be used as an escape for MLAs facing a riot, or for prisoners trying to sneak out of the old jail. 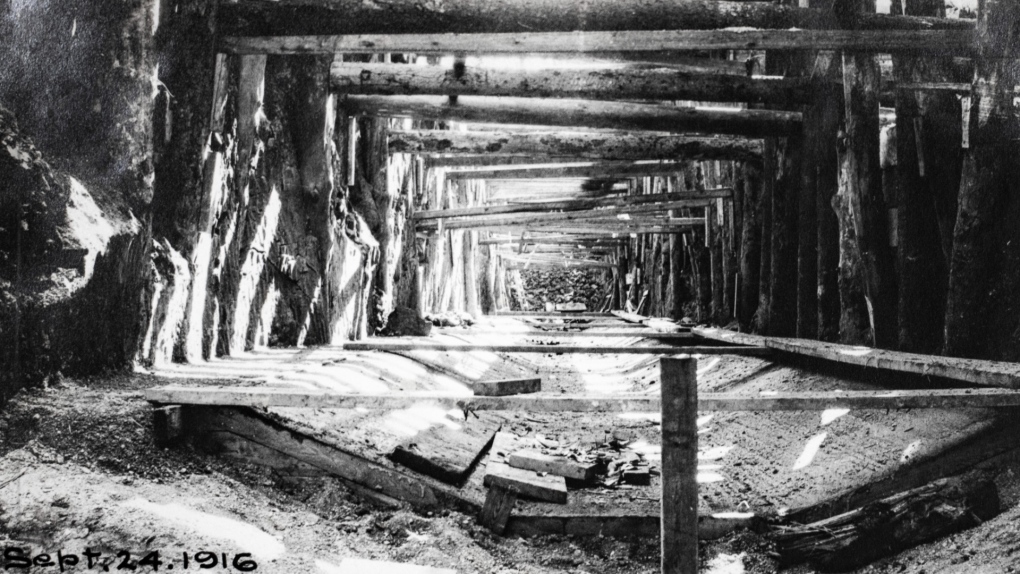 A look inside the tunnel as it is constructed underneath the Manitoba Legislature. (Source: Archives of Manitoba, Walter Fred Oldham fonds, Album showing views of Manitoba and construction projects including Main Street C.P.R. Subway, Legislative Building, and Eatons store, ca. 1914-1917, P8260/1.)

The real use of the tunnels is a little lacklustre.

They provide utilities – including steam heat, power and IT services – to the Legislative Building.

The repair job started back in 2020. Due to some deterioration and leaking in the tunnel, the province is restoring it by digging down and building a concrete jacket around the outside of the tunnel with waterproofing membrane.

Heritage Winnipeg Executive Director Cindy Tugwell says the tunnel beneath the Legislature is just one of an intricate system of tunnels running to all the provincial buildings – an artery for employees to maintain the heating systems from the Power House.

This is where the tunnel leads. The Manitoba Power House was built around 1915. (Source: Danton Unger/ CTV News Winnipeg)

While its purpose may be somewhat mundane, Tugwell says the tunnel itself is no less fascinating.

"Tunnels always meant something secretive… so I think that kind of secrecy always has intrigued us as to what really goes on down there," she said.

Tugwell said has never personally been into the tunnels, but not for a lack of trying. The tunnels themselves are not open to the public. She had put out feelers to see if the tunnels could be included in Doors Open Winnipeg, but due to liability issues, the idea was denied.

"I think the tunnels are very interesting because they're telling the stories of these buildings, and going back to Doors Open, it's really about the stories and the people – the buildings are just the backdrop." 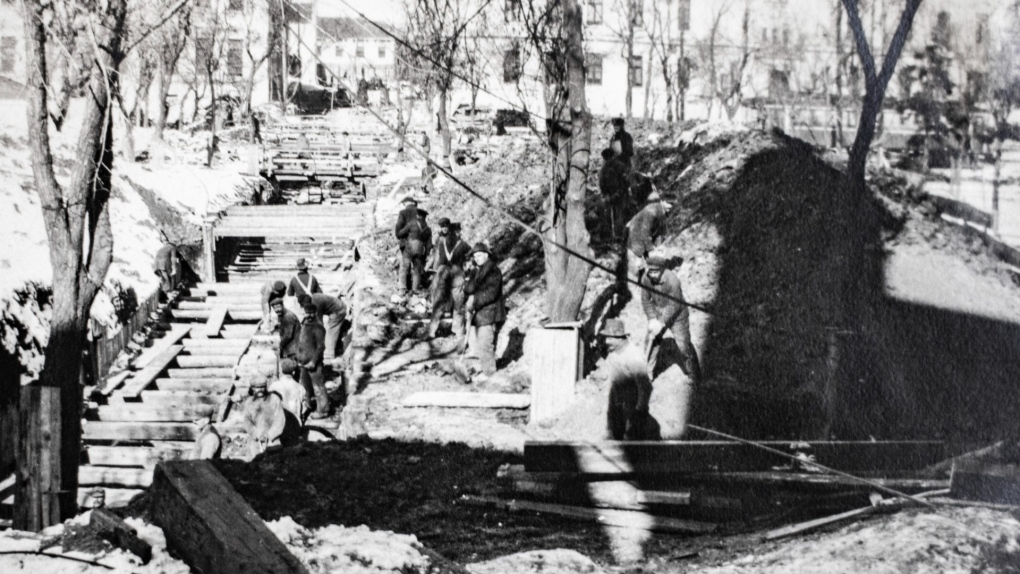 The province says the current work at the Legislative Building grounds is expected to be completed this month. The next phase of the project, expected to start in February, will extend from the Law Courts to the Power House.

The project is expected to be completed in March 2024.

A powerful 7.8 magnitude earthquake rocked wide swaths of Turkiye and neighbouring Syria on Monday, killing more than 2,600 people and injuring thousands more as it toppled thousands of buildings and trapped residents under mounds of rubble.

As preparations are underway for the anticipated health-care 'working meeting' between Prime Minister Justin Trudeau and Canada's premiers on Tuesday, new details are emerging about how provinces anticipate the talks will unfold.

Calgarians at home and abroad are reeling in the wake of a massive earthquake that struck a war-torn region near the border of Turkiye and Syria.

Two pilots are safe after a large air tanker owned by a Vancouver Island company crashed while battling wildfires in western Australia on Monday.

Google says Canadian employees affected by recently announced job cuts are being told today whether they have been laid off.

Full snow moon considered 'micromoon' because of distance from Earth

February's full snow moon, which first appeared this weekend, will light up the sky over the next two nights, with the spectacle already reaching full illumination on Sunday morning. But this year's full moon was smaller than those of recent years.

A former Liberal MP is seeking the dismissal of two criminal charges connected to his time in office. Raj Grewal's lawyer argues that prosecutors have not presented enough evidence to find him guilty of the two breach of trust charges, and the Crown has failed to establish essential elements required for such a finding.