WINNIPEG -- Since last week, two black bear cubs in Manitoba have been rescued and both have been found in the Lac du Bonnet area.

The first cub was found on April 28 underneath someone's deck, while the second one was found a few days later on May 1.

The cubs have been moved to Black Bear Rescue Manitoba, where Judy Stearns says the two are adjusting nicely.

"They settled in quite quickly. They have been easy keepers. They're having fun, they're starting to play and they're climbing their little trees in their enclosures. Thankfully, both of them have great appetites," said Stearns, who is the owner of the organization. 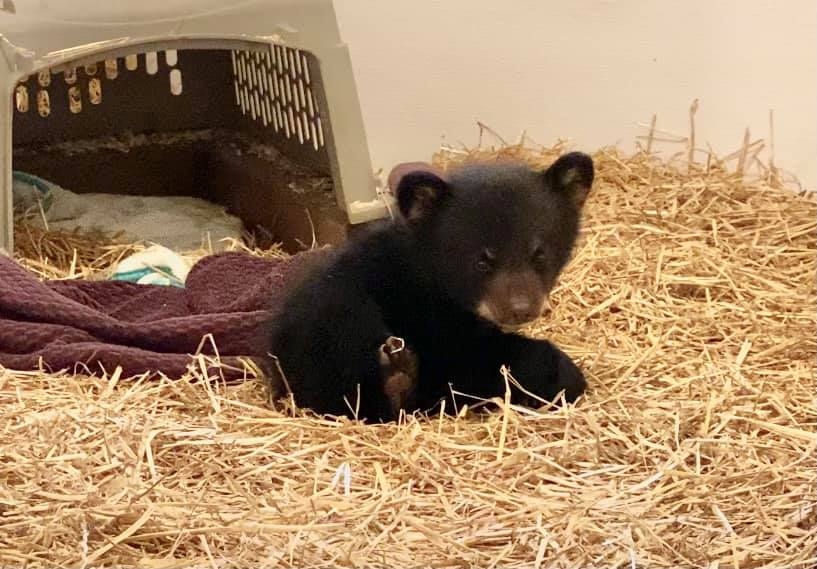 Despite being found in the same area, Stearns said they aren't sure if they are from the same litter or not, and it isn't known how they got separated from their mothers.

She said there are a few ways cubs could get separated such as the mother bear dying or abandoning the cubs.

"No one knows what happened to the mother, or were there other cubs in these litters?"

Right now, Stearns said the bears are in quarantine, as is the case anytime a cub gets rescued just to make sure they are in good health, but Stearns added the two will be introduced to each other soon, and is guessing they will be good friends based on how playful they are.

Stearns does have advice for people who happen to find a cub. She said the first thing people should do is monitor the cub from a safe distance and keep an eye out for a mother.

If a mother cannot be seen, she said people should call conservation officers or even her organization and make sure lots of pictures or videos are taken so rescuers can determine the size of the bear.

She also encourages people to remove bird feeders from their backyards starting April 1, noting birds don't need the seeds anymore and they can attract bears as the seeds are a good food source for them.

The provincial government has issued a similar statement to Manitobans.

"Once a bear is attracted to an area, it can associate that area with food, and may return multiple times, which can be dangerous for people, but also for the bear," a spokesperson for the province said. "If a bear is identified as a problem animal, the province may have to take steps to trap and relocate it or possibly use lethal force."

Black Bear Rescue Manitoba is in its fourth year of existence and Stearns said there has been an increase in the number of cubs they have rescued, starting with three their first year and 19 last year.

Stearns isn't sure what to expect this year.

"Last year was a really busy year for bear sightings. People were seeing lots of bears last year. We don't know if that was just an anomaly or is that going to happen again this year," said Stearns.

She added rescuing the first two cubs this year happened later in the year compared to previous years, but she hopes it isn't too busy.

"We don't like hearing about cubs being orphaned and having to come here," she said.

WHAT HAPPENS WHEN CUBS ARE RESCUED

Stearns said the bears come to the organization after people reach out to Manitoba Conservation when an orphaned cub has been found.

Once that happens, Black Bear Rescue Manitoba becomes a sanctuary for the animals during the summer months, as food and safety are provided.

"We're just basically sheltering and caring for them until they're large enough to release on their own," she said. "We start getting them into hibernation mode in October at our facility, by gradually reducing their food to mimic what happens in nature, and then when we release them at the end of October or early November, they can den within a day."

Stearns said they put GPS collars on the bears to track them and make sure they are doing well.