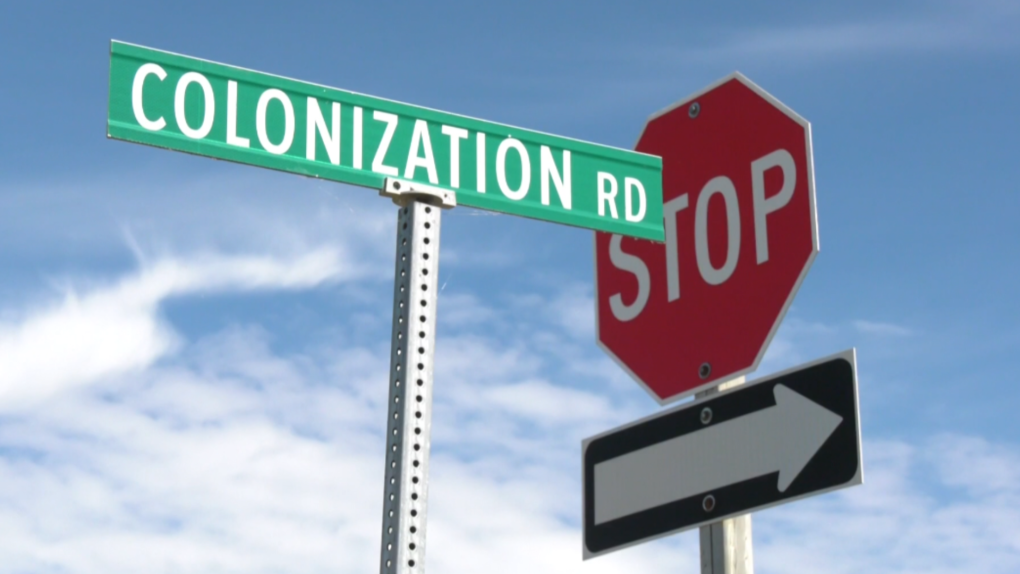 WINNIPEG -- Two Manitoba communities are working together to rename a road in the province.

The Brokenhead Ojibway Nation (BON) and the Rural Municipality of St. Clements met last week to discuss the renaming on Colonization Road in Libau, Man.

"With recent events happening around the world regarding systemic racism, people and communities have started to speak out and protest the continued display of colonial public symbols, monuments, including offensive names that normalize colonization," said the two communities in a joint statement.

Deborah Smith, who is the chief of BON, said this isn't a new conversation and that First Nations across the country have expressed frustration with colonial statues.

"Recently, the public outcry for the removal of the statue of Canada's first Prime Minister because of his significant role in building church-run Indian residential schools that attempted to assimilate Indigenous children into Western society," she said in a news release.

The two communities said they will work on a "collaborative approach" to rename the road, in the "spirit of reconciliation".

"It is important we understand the impact these symbols have and recognize the negative impact of colonialism and we would like to establish a process of collaborative leadership and seek consultation to have meaningful dialogue on a difficult topic such as this," said Debbie Fiebelkorn, the mayor of the RM of St. Clements, in a news release.