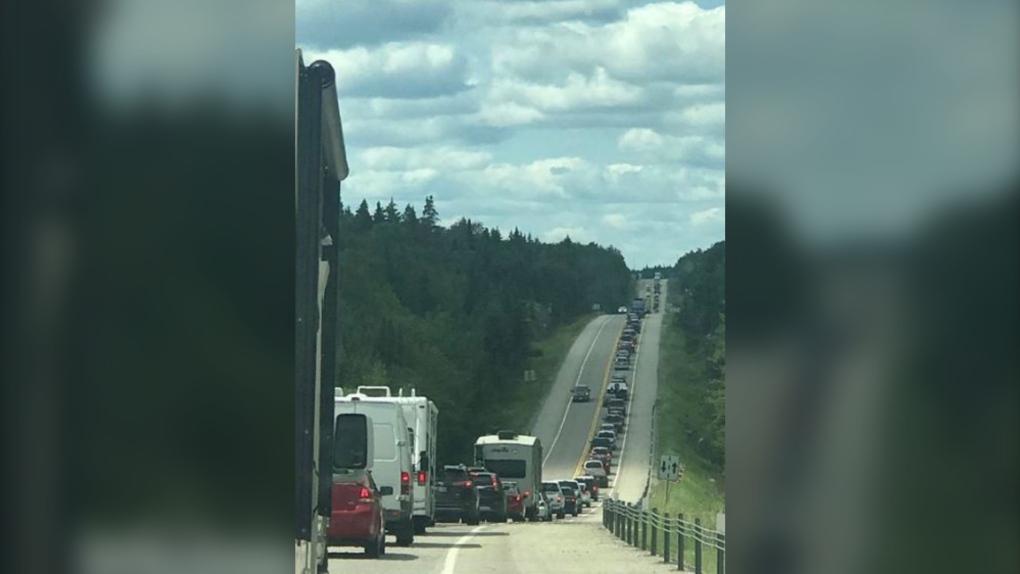 Two people are dead and two are injured following a two-vehicle collision that happened on Highway 1 in Whiteshell Provincial Park Sunday.

At 11:15 a.m. Falcon Beach RCMP responded to the collision near Barren Lake, Man.

Their initial investigation determined a vehicle going eastbound stopped suddenly, and a semi-truck behind it crossed into the westbound lane to avoid a crash.

The semi then collided with a truck travelling westbound, causing both vehicles to veer off the highway.

The driver and the passenger of the pickup truck, a 54-year-old man and 17-year-old boy, both from Dryden, Ont., were pronounced dead at the scene.

The RCMP and a forensic collision reconstructionist continue to investigate the collision.

The highway was closed for much of Sunday for the investigation but has since reopened.