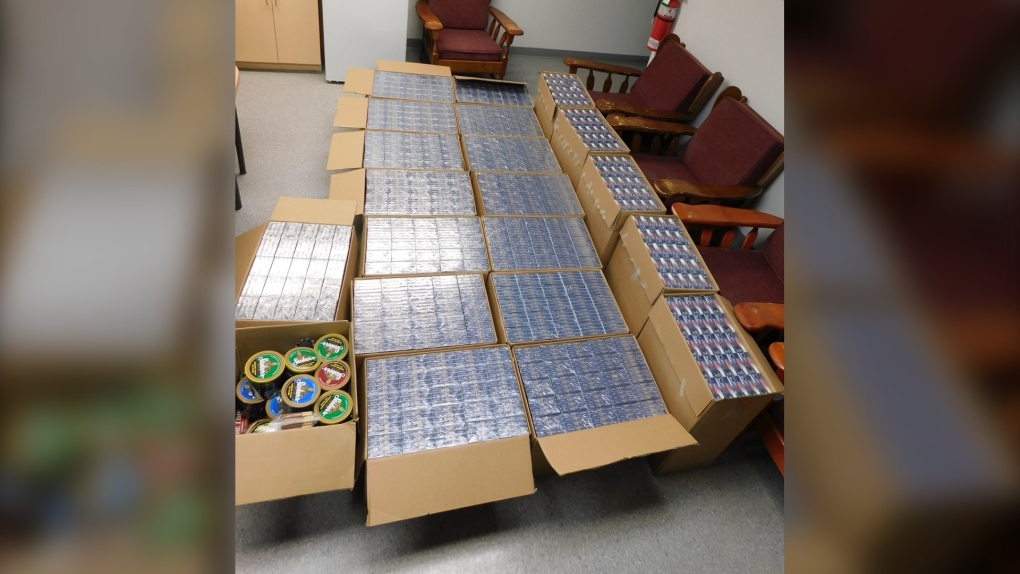 A traffic stop and vehicle search on the Trans-Canada Highway resulted in Manitoba RCMP seizing a large quantity of illegal tobacco products.

At around 4 p.m. on January 14, Brandon RCMP, along with the Roving Traffic Unit, conducted the stop in the RM of Whitehead.

A 44-year-old woman and a 23-year-old man, both from Grande Prairie, Alberta, were arrested. They face multiple charges related to possession of unstamped tobacco.

They were released and are scheduled to appear in court in Brandon on April 8.