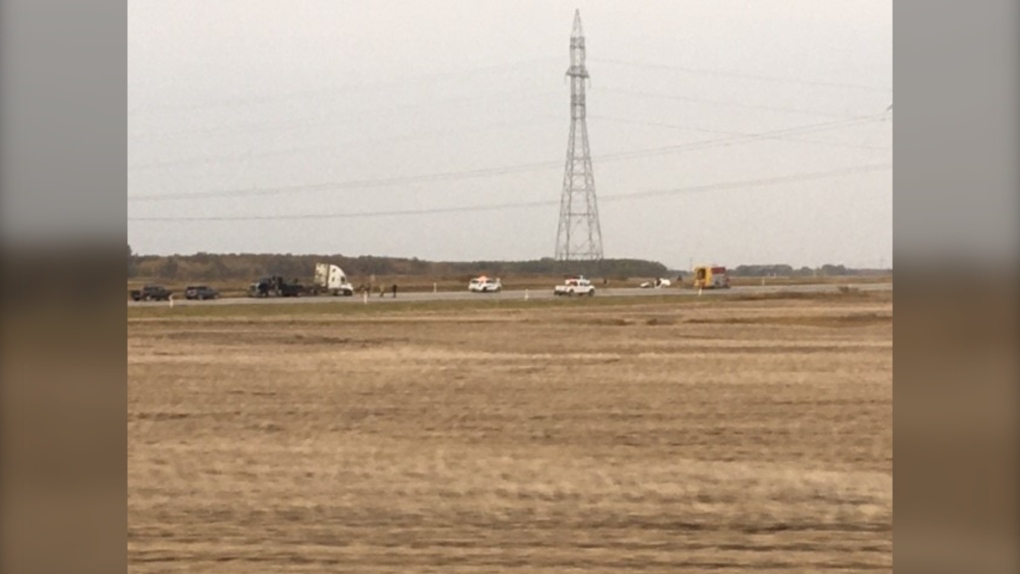 WINNIPEG -- Two people were taken to hospital, one with life-threatening injuries, following a multi-vehicle collision north of Winnipeg Thursday afternoon.

According to Manitoba RCMP, the collision occurred on Highway 6 at the Provincial Road 322 intersection near Grosse Isle, Man, located approximately 20 minutes north of Winnipeg.

A pickup truck travelling south, which was being driven by a 44-year-old man from Winnipeg, collided head-on with a car heading north on the highway. The truck then collided with a semi-truck, which was directly behind the car.

The driver of the semi, who is from Winnipeg, was not injured in the crash.