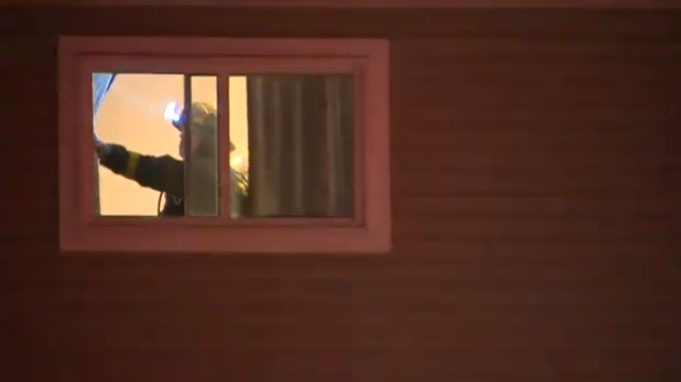 Fire crews inspect the scene of a house fire at the 100 block of Wickham Road.

At about 8:15 p.m. Sunday, smoke was reported in a townhouse on Betournay St.

The family living in the home was let back inside about an hour later.

Then, at just before 2 a.m. this morning, firefighters were called to a small fire on the 100 block of Wickham Road.

Four adults had left the home on their own and were examined by paramedics.

There is no estimate yet on damages in either fire.

The cause of both fires is unknown.

The fires are unrelated.