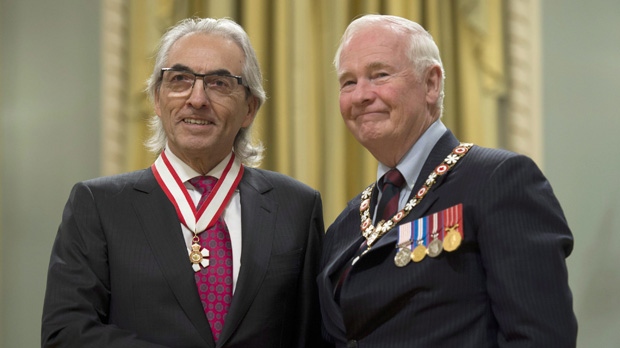 Governor General David Johnston invests Phil Fontaine as an Officer of the Order of Canada during a ceremony at Rideau Hall Friday November 22, 2013 in Ottawa. THE CANADIAN PRESS/Adrian Wyld

Fontaine was inducted as an Officer of the Order for his work on First Nations issues, notably his work to resolve claims arising from Canada’s residential schools.

Martens was made a member of the order for her commitment to improving the health of Manitobans.