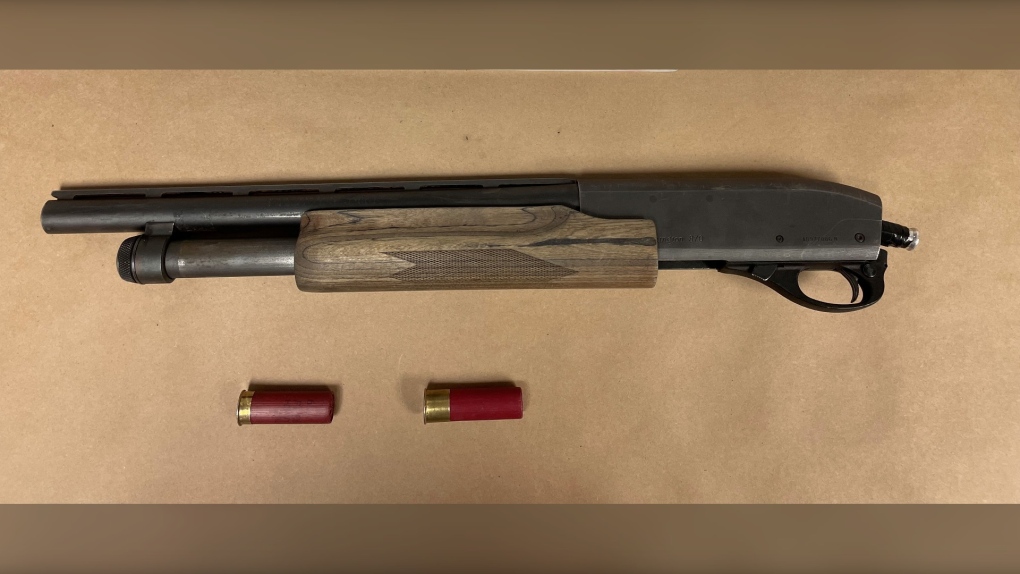 Police found a sawed-off shotgun in a car that fled from officers. (Source: WPS)
WINNIPEG -

Two men have been arrested and face weapons-related charges after driving away when police tried to stop them.

According to Winnipeg Police Service, officers were investigating an incident near Andrews Street and Dufferin Avenue Saturday afternoon when they noticed a vehicle believed to be connected to the investigation. Officers attempted to stop the vehicle, however, the vehicle headed southbound over the Slaw Rebchuk Bridge.

WPS said officers forced the vehicle to stop at Owena Street and Alexander Avenue with help from the Tactical Support Team.

The driver and passenger were removed from the vehicle and arrested, during which time a loaded, sawed-off shotgun was found.

The 31-year-old driver is charged with: