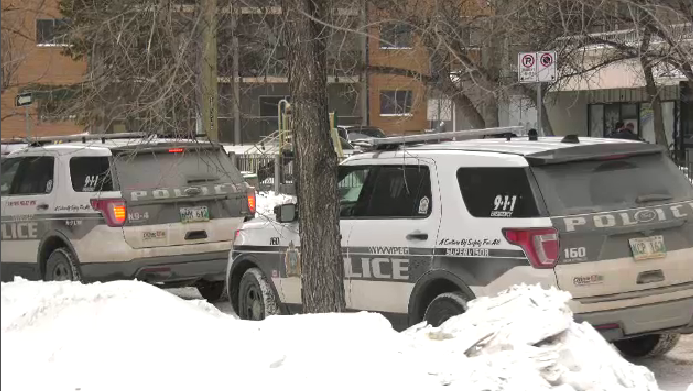 Two men are facing charges following what Winnipeg police are calling an "unprovoked assault with a knife" outside a washroom at The Forks over the weekend.

Winnipeg police said the victim, a man in his 30s, had been at The Forks with is family on Sunday when he left to use the washroom. Police said when he was leaving the washroom, two strangers confronted him and assaulted him with a knife before running away on foot.

Police previously said the man was taken to hospital in stable condition.

Two men were taken into custody in the 300 block of Assiniboine Avenue later in the day.

On Monday, police said a 20-year-old man has been charged with seven assault-related charges and has been detained in custody.

A 21-year-old man is facing three assault-related charges and has been released on an undertaking.

NEW THIS MORNING | 'Please' before 'cheese': Answers to your royal etiquette questions

Etiquette expert Julie Blais Comeau answers your questions about how to address the royal couple, how to dress if you're meeting them, and whether or not you can ask for a selfie.

The existence of unmarked graves had been a 'knowing' among residential school survivors and Indigenous elders, but the high-tech survey findings represented confirmation for Canada.

Police say the Buffalo supermarket shooter mounted a camera to his helmet to stream his assault live on Twitch. The move was apparently intended to echo the massacre in New Zealand by inspiring copycats and spreading his racist beliefs.

Canadians in the dark about how their data is collected and used, report finds

A new report says digital technology has become so widespread at such a rapid pace that Canadians have little idea what information is being collected about them or how it is used.