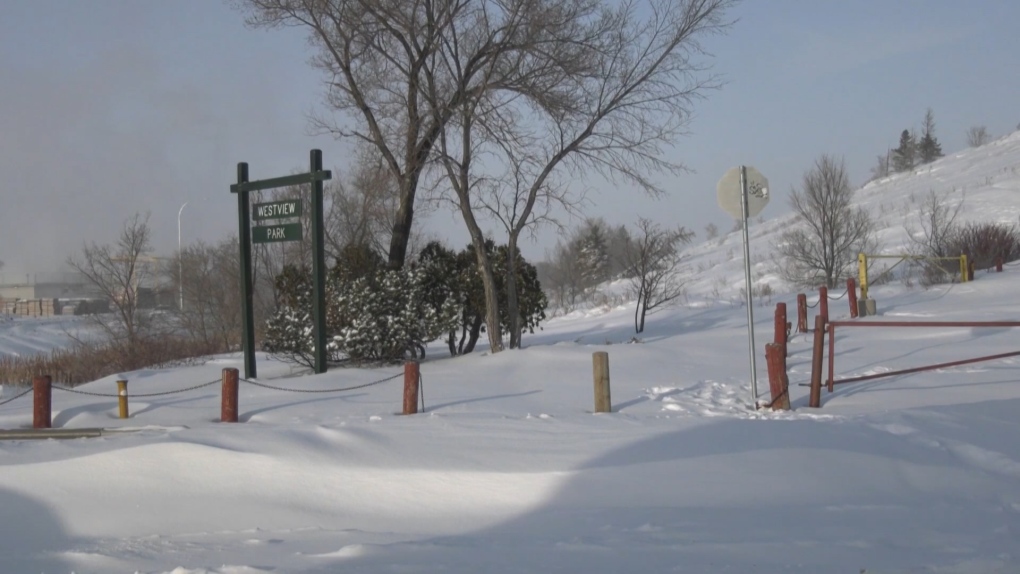 Two men are suing the City of Winnipeg after a day of tobogganing on Garbage Hill came to an abrupt and sudden end when they allegedly hit a snow-covered cement block; though the city says the men had been negligent.

Benjamin Overton and Andrew Worth – two long-distance truckers – have launched a lawsuit against the City of Winnipeg.

According to a statement of claim filed in Manitoba's Court of Queen's Bench in early January, the two men had been tobogganing with their families at Garbage Hill in Westview Park on Dec. 27, 2020.

The crash left the men with serious injuries, the claim said.

Both men also have difficulty with sexual relations, and suffer from depression, anxiety, shock, frustration and emotional upset, the claim said.

"The plaintiffs say the City of Winnipeg breached its duty of care to each of them, was negligent, and acted with reckless disregard toward each of their safety," the claim reads.

It said the city knew or ought to have known about the cement block at the bottom of the hill, and that it could not be seen by tobogganers using that part of the hill.

The claim alleges there were no signs telling people not to toboggan down that section of the hill, and no warnings about the cement block.

The two men are seeking general and special damages, including the cost for all their past and future medical and dental care and treatment, along with loss of income.

However, in a statement of defence filed on Monday, the City of Winnipeg denies the allegations.

It said there were 12 signs posted in the area around the top of Garbage Hill that say "NO SLIDING THIS AREA" along with an online map on the city's Parks and Recreation website that "explicitly" shows where people may and may not slide on Garbage Hill.

"There were two signs in the vicinity of where the plaintiffs say they were sliding, indicating that they should not be sliding there," the statement of defence reads.

The defence goes on to say there was a third unnamed person who had been filming the two men when the crash happened and had been standing very near whatever the two men collided with.

The defence said this person failed to warn them of what the plaintiffs said was a “dangerous condition,” contributing to the men's injuries, loss and damage. It said any injury, loss or damage was the result of the negligence of this person and of the two men.

In its statement of defence, the city said the men had "exaggerated the nature and extent of any injuries, loss or damage they may have sustained."

The city's defence called on the court to dismiss the claim with costs.

A spokesperson for the city told CTV News they are not able to comment while the matter remains before the courts. The lawyer representing the two men also declined to comment.

The allegations in the statement of claim and defence have not been proven in court.

Matthew Tkachuk scored a hat trick for the Calgary Flames in Wednesday's 9-6 win over the Edmonton Oilers to open their NHL playoff series.

The second strike in CFL history is over. The CFL confirmed Wednesday night that it and the CFL Players' Association reached a tentative collective bargaining agreement.