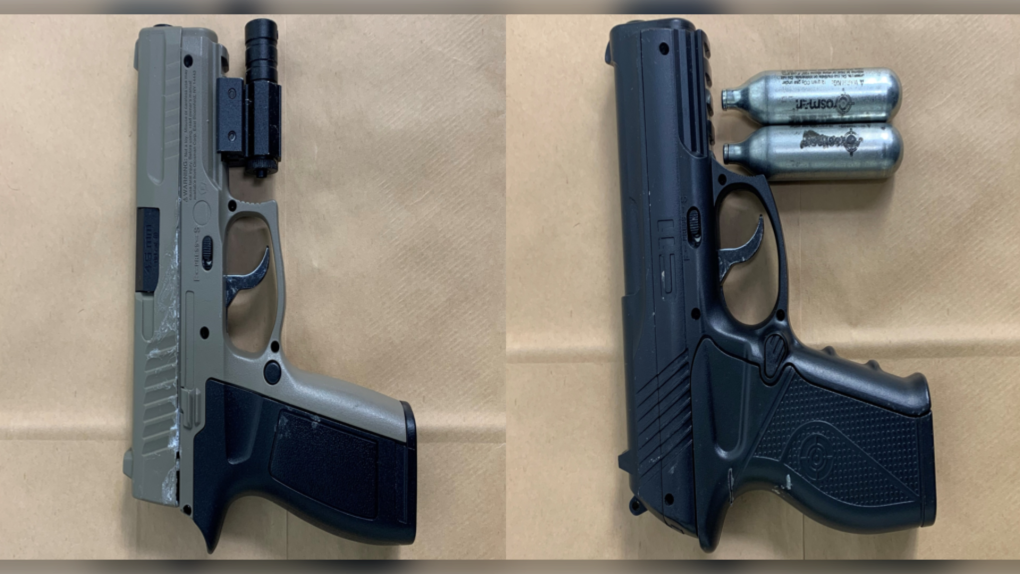 Two guns RCMP seized from men in separate firearm incidents. Both guns are fake. One is a pellet gun and the other is a BB gun. (Source: Manitoba RCMP)

The first cases happened on March 18, around 7 p.m. RCMP were told about a man walking around parking lots with a handgun on Smith Avenue in The Pas.

RCMP said when officers were attending the call, they were told the man was pointing the gun towards nearby homes.

When RCMP arrived on the scene, they found the man and told him he was under arrest and to drop the gun. RCMP said he started to run and dropped the gun.

He was eventually arrested and RCMP said the gun was later determined to be a pellet gun.

The man, 18, is in custody and charges are pending.

The second incident happened the following day on March 19 around 1 a.m. RCMP were told there was a man shooting a gun on Cathedral Avenue in The Pas.

When officers arrived, they were able to arrest the man and RCMP said the gun was determined to be a BB gun.

The 32-year-old man is also in custody and charges are pending.

Police said no one was injured and nothing was damaged in either incident.

RCMP is investigating and nothing has been proven in court against either man.