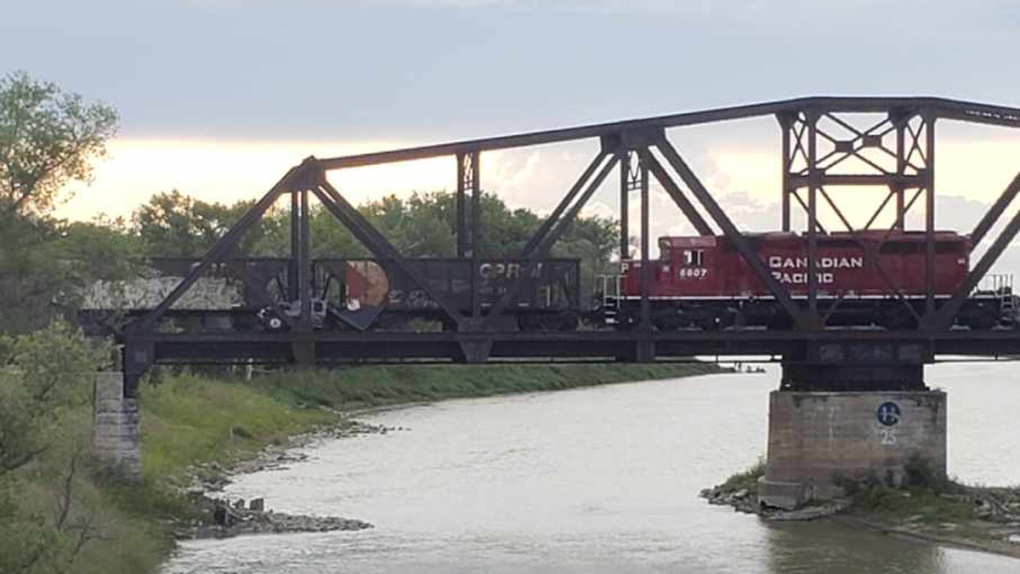 The crash caused the train to push the vehicle along the tracks and onto a train bridge over the Assiniboine River. (Photo: Lizzy Symons/CTV News Winnipeg)

The Manitoba RCMP confirmed that two people are dead following a crash between a pickup truck and train in Headingley, Man., on Monday.

Officers said a 75-year-old man and 65-year-old woman, who were in the truck, were pronounced dead on the scene.

Police and crews were called to the scene around 4:20 p.m. They determined the pickup truck was eastbound on Roblin Boulevard when it was struck by the northbound train.

The collision caused the train to push the truck along the tracks and onto a train bridge over the Assiniboine River.

Road closures were in place on Monday, but have since reopened.