Two people in hospital after shooting in North End: police 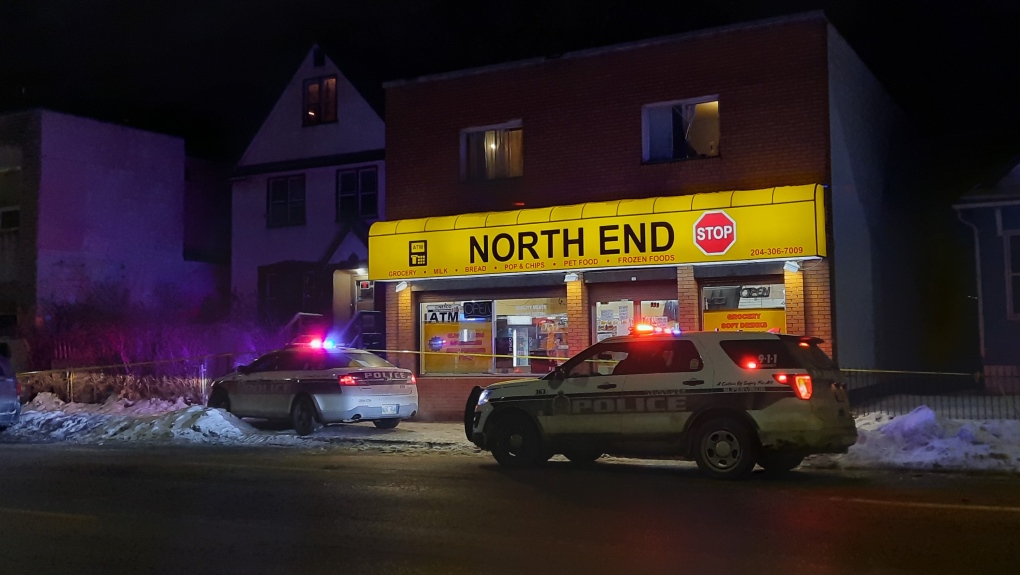 Winnipeg police are investigating a shooting that occurred in the North End on Jan. 18, 2021. (Source: Dan Timmerman/ CTV News Winnipeg)

WINNIPEG -- Winnipeg police are investigating a shooting in the North End Monday evening that sent two people to hospital.

Officers were called to a report of a man shot at a residence in the 300 block of Selkirk Avenue on Monday at 6:45 p.m. Police said a man in his 20s was found suffering from gunshot wounds, and he was taken to hospital in critical condition.

A second man, who suffered injuries during the incident, was taken to hospital in unstable condition. Police said this male was not shot.

Both men have since been upgraded to stable condition.

Cst. Dani McKinnon with the Winnipeg Police Service said at this time, police could not give details on the relationship between the two people injured.

Police tape lined the front of a convenience store located on Selkirk Avenue. A second-storey window above the convenience store was open with the screen partially removed, and an article of clothing was seen lying on the sidewalk out front.

The major crimes unit is investigating the incident, and no arrests have been made.

- With files from CTV’s Kayla Rosen and Tim Salzen.