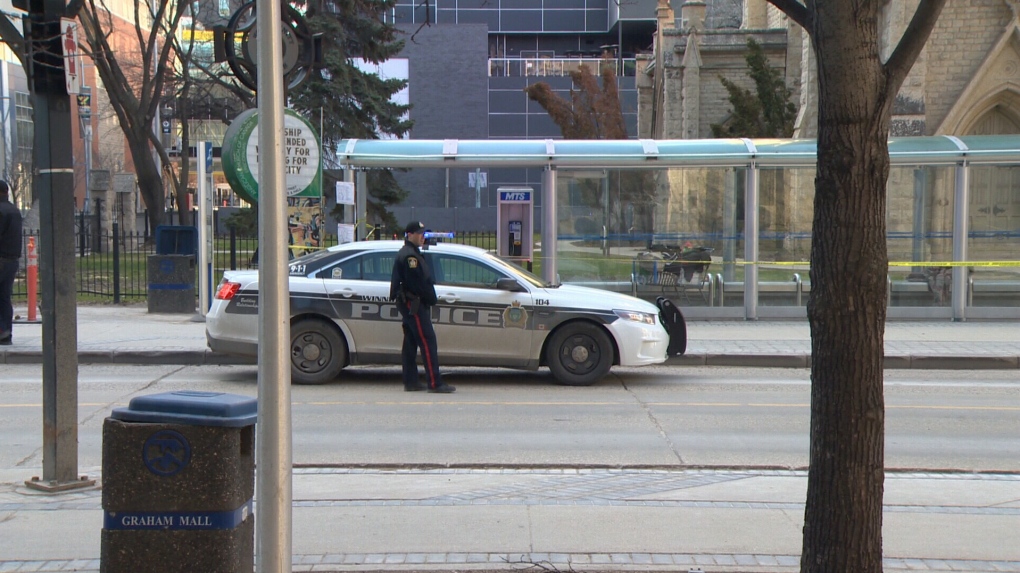 WINNIPEG -- Two people are in hospital following a pair of attacks in downtown Winnipeg on Saturday involving a hammer.

According to Winnipeg police, around 3:10 p.m., officers were alerted to an assault occurring near the Millennium Library.

As officers made their way to the scene, they came upon a second victim who had been attacked at the bus shack at Donald Street and Graham Avenue. Police allege both victims had been attacked by a suspect armed with a hammer.

The first victim, a man in his 50s, was found in the Millennium Library park suffering from severe head injuries. He was taken to hospital in unstable condition.

The second victim is a man in his 60s. He was taken to hospital in critical condition, also with severe head injuries.

Police believe the same suspect is responsible for both unprovoked assaults and that neither victim knew the attacker.

Officers flooded the downtown area and arrested the suspect at Graham Avenue and Edmonton Street later that afternoon.

Eric Michael Robert Oksasikewiyin, 28, has been charged with aggravated assault, possession of a weapon and mischief under $5,000.

He was detained in custody. No charges have been proven in court.

Both victims remain in hospital in stable condition.​