Two people shot in their vehicle in Dauphin: RCMP

Two people shot in their vehicle in Dauphin: RCMP 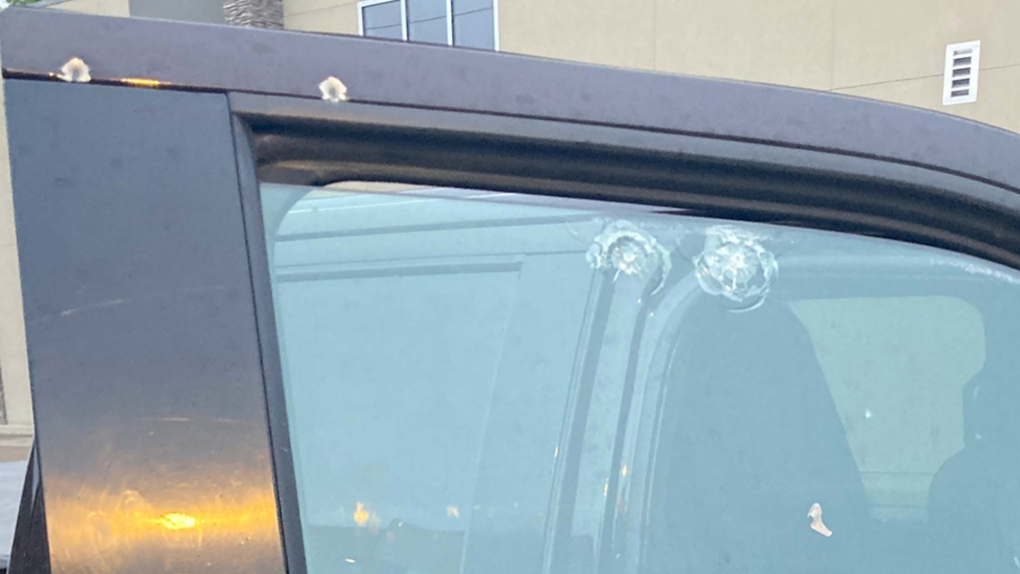 Manitoba RCMP says two people in Dauphin were shot at in their vehicle on Sept. 23, 2022. (Supplied: RCMP)

Mounties have arrested a man and searching for two more women after two people in Dauphin were shot at in their vehicle late last week.

RCMP said on the evening of Sept. 23, a 27-year-old woman and a 58-year-old man were heading into a business when they were confronted by two women. RCMP said during the confrontation, the woman was hit in the head with a hard object, and the man was cut before the two suspects left the area.

The two victims got in their vehicle and were leaving the area when a man fired a gun, hitting the side of their vehicle. The shots did not hit anyone, and both victims were treated and released from hospital.

Three days later, RCMP arrested 27-year-old Peter Flatfoot of Dauphin, who police alleged had a modified firearm with him when he was arrested. Flatfoot is facing several firearm-related charges along with mischief and resisting arrest.

Manitoba RCMP told CTV News the individuals involved were known to each other.

Iran's supreme leader praised paramilitary volunteers tasked with quashing dissent on Saturday in a televised address as dozens of eye doctors warned that a rising number of demonstrators have been blinded by security forces during anti-government protests.