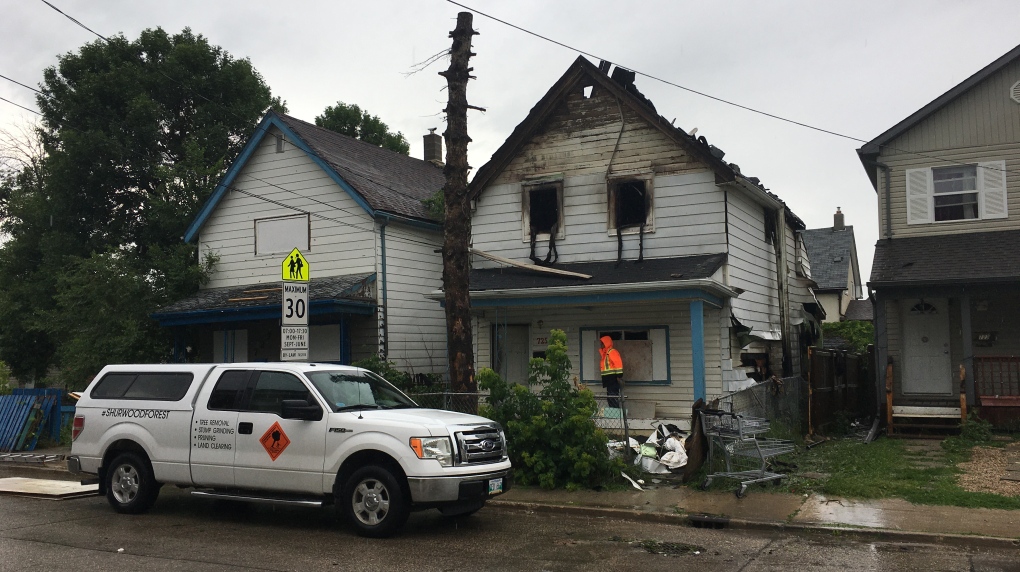 A fire broke out in a vacant home on Alexander Avenue Saturday. (Source: CTV/News Zach Kitchen)

WINNIPEG -- Winnipeg Fire Paramedic Service had a busy start to the weekend, putting out two fires that caused significant damage.

At 2:55 a.m., crews responded to reports of a fire in a converted residential dwelling in the 500 block of Langside Street.

Once on scene, firefighters found heavy smoke coming from the structure. An offensive attack was initiated, and the fire was declared under control at 3:32 a.m.

Crews conducted a full search of the building, confirming all occupants self-evacuated. Paramedics assessed five individuals on scene; none of them required transport to hospital.

WFPS said the building suffered significant smoke, fire and water damage. No damage estimates are available at this time.

The cause of the fire remains under investigation.

A few hours later, at 6:09 a.m., WFPS responded to reports of a fire in a one-and-a-half storey vacant house in the 700 block of Alexander Street.

When crews arrived on scene, heavy smoke was coming from the house. A defensive attack was launched as it was unsafe for them to enter inside.

WFPS employed an aerial ladder to put water on the fire and protect the neighbouring homes, one of which was vacant and the other occupied.

All occupants of that home safely self-evacuated prior to the arrival of crews. No injuries were reported.

Firefighters remained on scene throughout the morning to extinguish hotspots.

The cause of the fire is under investigation. While no damage estimates are currently available, the house is expected to be a complete loss.