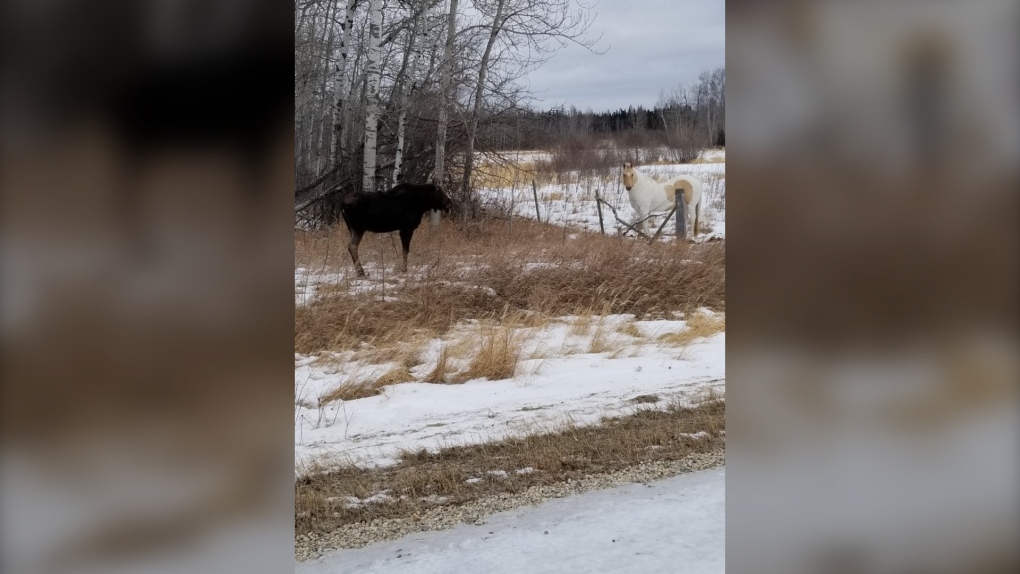 A moose and horse that have become friends in Cowan, Man. (Source: Arlene and Gordie Boychuk)

WINNIPEG -- It's something you would think could happen in a kids’ TV show, a moose and a horse becoming friends.

But in Cowan, Man. that is exactly what happened.

Gordie Boychuk said just before Christmas he noticed a horse on his neighbour’s property staring off at another animal. 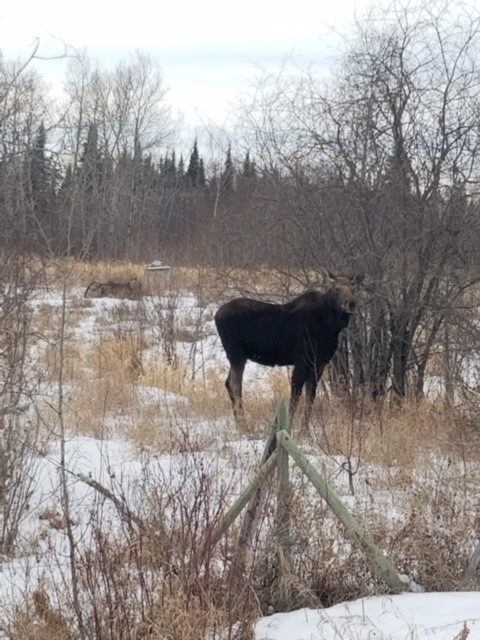 He said that happened a few times that day and then about a week later the moose was back.

"The horse was kind of curious and it became braver and braver and they came closer together."

Boychuk said the moose comes back every week and just stands with the horse adding he saw the two hanging out a few days ago. 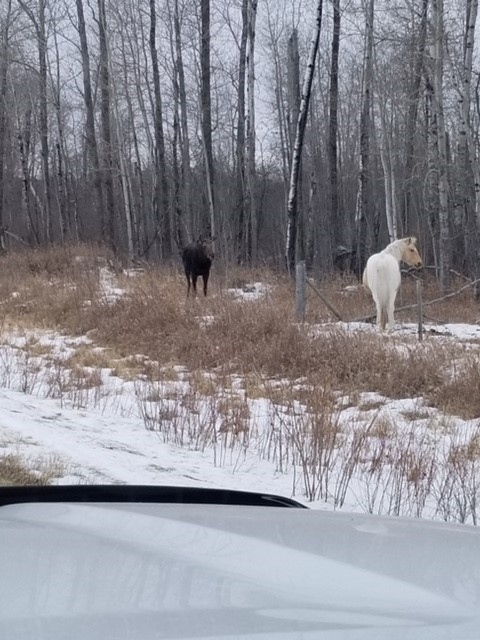 He said he sees wildlife all the time because he lives on a farm but he has never seen an interaction like this.

"You don't see this … this is actually the first time seeing a moose this close to a horse."

Boychuk can't really explain why these two beasts have become friends but he said he is going to continue to watch them anytime the moose comes around.

He did mention that the moose is a female and there is a chance it could be having a baby in the near future.

"How long will she hang around here? I don't know. Maybe once she has the little one she will take off. I don't know."