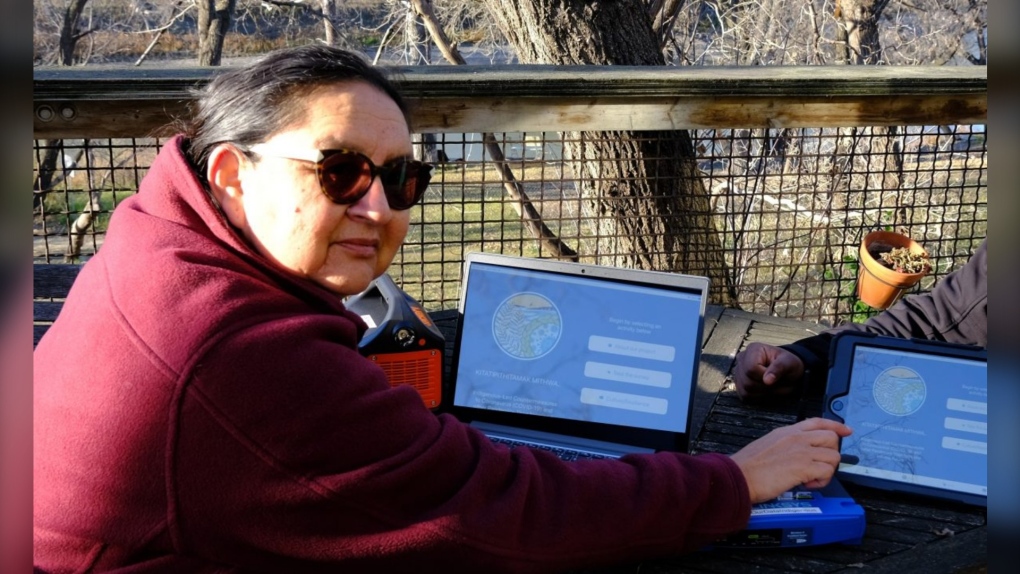 A researcher at the University of Manitoba is being honoured for her work in the creation of an app that allows Indigenous communities to survey their residents about health and social issues, and own the data they collect.

Dr. Moneca Sinclaire, a researcher in the department of environment and geography, was given the Mitacs Award for Outstanding Innovation – Indigenous for her work with the app.

“I think what it does is it opens the door for others to know about the project,” she said in an interview with CTV News Winnipeg on Friday.

“I’m very honoured it got selected, because to me it shows that people are listening and people are understanding that we as Indigenous people want to be able to collect our own data and have data sovereignty.”

Sinclaire explained that the app was initially designed with questions around COVID-19.

From there, chiefs and councils inquired about whether they could also use the app to collect other types of information.

She said the app has now evolved, with communities asking questions about various topics, including language.

“Communities are starting to take ownership of that app and creating their own questions that would be more useful for their communities,” she said.

Sinclaire noted that the communities decide for themselves what topics they want to survey residents about.

“We can train people in the communities to use the app, and then they can collect data in their community,” she said.

“Part of the training is that we’ll show them how to use the data and what it could be used for.”

Sinclaire, who is working as an outreach coordinator for the app, came on board with the project in its second-year of development. She said her job is to take the app to various communities and show what it could do.

She noted it is an ongoing project, which they have made more accessible for the communities.

“The plan is to have long-term relationships with the communities,” Sinclaire said.

She added that the app is important because it gives communities ownership of their own data, as well as the ability to decide what information to collect and how to use it to help the community.

“This app is important because it will allow communities to be able to do that,” Sinclaire.

'Bewildering': Experts dispute Chinese officials' claim that mail from Canada may have brought Omicron to Beijing

Chinese officials have alleged that Beijing's first case of the Omicron variant may have travelled to the city through a piece of mail from Canada, but experts tell CTVNews.ca that the claim doesn't add up.

More than 1,500 air travellers in Canada tried to defy mask-wearing rules in 2021

More than 1,500 travellers refused to comply with wearing a face mask during their flight and hundreds of letters of non-compliance were issued in 2021 as a result, according to updated data released by Transport Canada.

Ontario’s chief medical officer of health is sounding a tone of optimism nearly two weeks after the province instituted a modified lockdown to slow the spread of the Omicron variant.

A six-year cold case investigation into the betrayal of Anne Frank has identified a surprising suspect in the mystery of how the Nazis found the hiding place of the famous diarist in 1944.