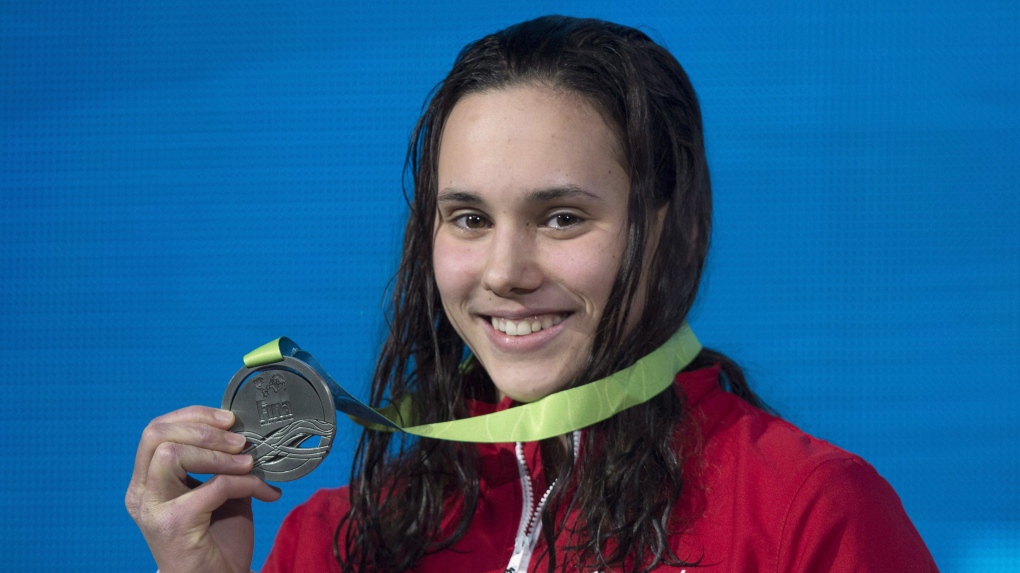 Kelsey Wog is pictured in a 2016 photo. Wog was awarded the 2020 Lieutenant Governor Athletic Award for U Sports Female Athlete of the Year for the 2019-20 season. (THE CANADIAN PRESS/Paul Chiasson)

WINNIPEG -- A member of the University of Manitoba Bisons’ swimming team has received one of the highest honours for Canadian university athletes.

On Thursday, Kelsey Wog was awarded the 2020 Lieutenant Governor Athletic Award for U Sports Female Athlete of the Year for the 2019-20 season.

Wog, who is in her fourth year at the university, captured four gold medals for the Bisons at the national swimming championships in February. Wog was preparing for the Olympic trials before the COVID-19 pandemic forced the postponement of the Olympics to 2021, as well as the Canada Swim Trials.

She was also named the 2020 U SPORTS Female Swimmer of the Year and Canada West Female Athlete of the Year.

"We are so proud of Kelsey and all that she has achieved at the University of Manitoba," said U of M director of athletics and recreation Gene Muller in a statement. "This is an achievement our entire community should be proud of."

According to the University of Manitoba, Wog is the second U of M athlete to win the national athlete of the year, and first since basketball player Terri-Lee Johannesson in 1997.

The winners are selected by a combined vote from the Canadian Athletic Foundation (75 per cent), and public voting (25 per cent).

-with files from The Canadian Press and CTV’s Touria Izri