Uber may make U-turn away from Winnipeg

Jordan Friesen is kicking the tires. He's thinking about becoming an Uber driver in Winnipeg.

"Sometimes if I'm a little bit slow at work and I have time to kill, I like meeting people, driving them around,” said Friesen

When the province and city paved the way for ride sharing services to roll in March 1, Uber said it's coming.

In a submission to the Public Utilities Board, Manitoba Public Insurance is proposing insurance rates for four different time frames for ride sharing. For each time option chosen, ride sharing drivers would pay five per cent above their all-purpose rate.

MPI gives this example of an average all-purpose rate and what each add on would cost a ride sharing driver. 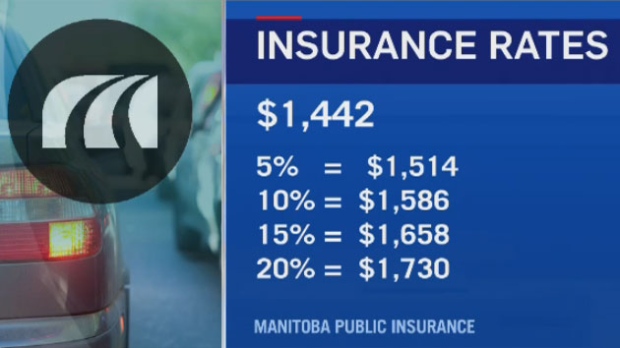 "I'm just going to be doing it you know a few hours here and there I don't think you'd make enough to cover that," said Friesen

Uber is not happy with the insurance structure either.

It’s submission suggests charging individual drivers for these time bands could be cost prohibitive for some drivers who work part-time only. It wants a blanket insurance model, otherwise Uber says it's pulling the plug.

“Based on the deficiencies in the MPI proposed product versus the type of insurance that is available to ridesharing companies in cities across North America, Uber will, unfortunately, be unable to consider expansion of services to Winnipeg on March 1, 2018." Wrote Uber

But MPI says the rate model is fair, gives drivers choice and prevents other vehicle owners from subsidizing Uber vehicles.

"It seems a little surprising that Uber is saying things aren't fair when they're being offered the chance to operate in Manitoba for something like 25% of what the taxi industry has to pay to do business here,” said Kinew

"While we appreciate the work done by the Manitoba Legislature, we do have serious concerns over the current insurance proposal and don't believe it would allow true ridesharing to operate in the province. We look forward to continuing to work with the Manitoba Public Insurance Corporation to find a way forward that expands Mantiobans' access to affordable, reliable transportation options like Lyft."

Hoping to drive an Uber one day, Jordan Friesen hopes this gets smoothed over.

“That's a big one, in the cities you travel in the States, it's everywhere, good it's reliable and quick,” said Friesen

A notice on the PUB website says a decision is expected on Monday.