More than 100 years after he died while serving in the First World War, a Winnipeg soldier was honoured with a special ceremony and a new headstone in France.

Members of the Queen’s Own Cameron Highlanders of Canada travelled to Tilloy-lez-Cambrai, France, on Saturday for a rededication ceremony, where a headstone identifying Corporal George Herbert Ledingham was placed.

“George Ledingham was born in Scotland, but emigrated to Winnipeg, and worked as a Teamster before enlisting in the Canadian Expeditionary Force during the First World War,” said Lieutenant-Colonel Jon Baker, the commanding officer of Queen’s Own Cameron Highlanders of Canada. “George died in fighting on Oct. 1, 1918, most sadly of all, with just a little more than a one month left to go in the war.”

Ledingham, who was 31 when he was killed, was listed as missing in action and his remains were never identified. He was buried in a cemetery with a tombstone marked only as “Corporal of the Great War.”

Baker said there was enough information for research to be done to positively identify Ledingham as the buried soldier. 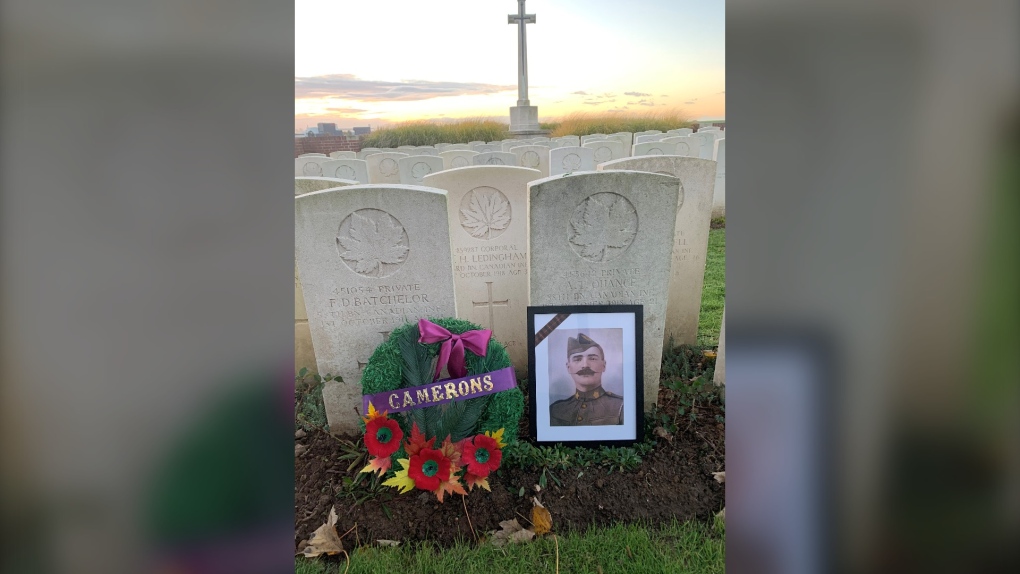 Baker was able to share the discovery with Ledingham’s surviving family in Almonte, Ontario, which included three of his surviving great-nieces and nephews. Wayne McKay, the oldest nephew, had spent the past 30 years researching Ledingham, and Baker said the family was grateful to receive closure.

A new tombstone with Ledingham’s name was placed in the spot in France, replacing the previous one.

Baker said it was an honour to be involved with the service.

“Honouring our fellow Canadians who made the ultimate sacrifice and service of our country is one of our most important military traditions,” he said. “All soldiers and their families deserve the same dignity and respect for their sacrifice, regardless of whether their death occurred yesterday, or 104 years ago, like the case with Corporal Ledingham.” 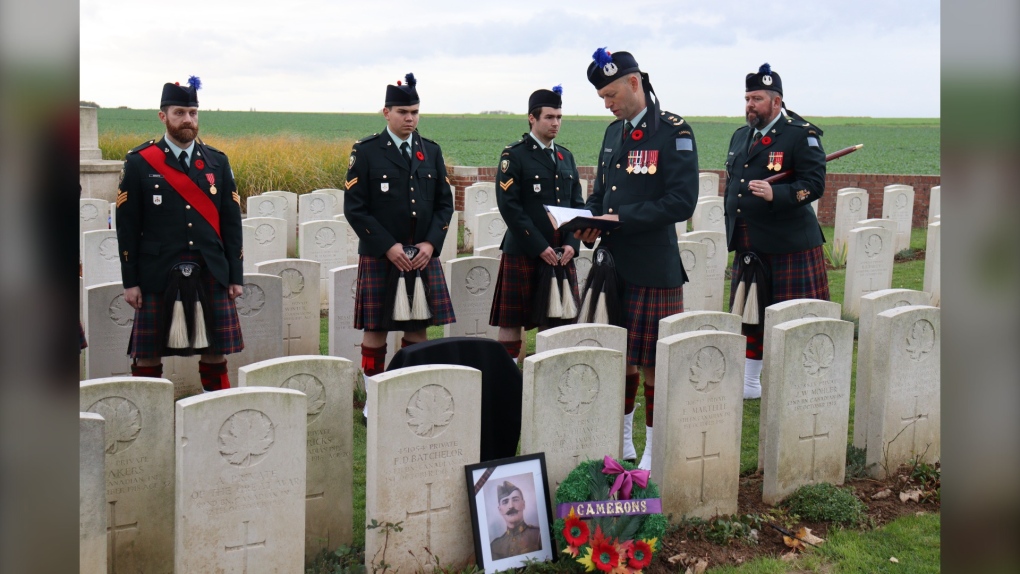