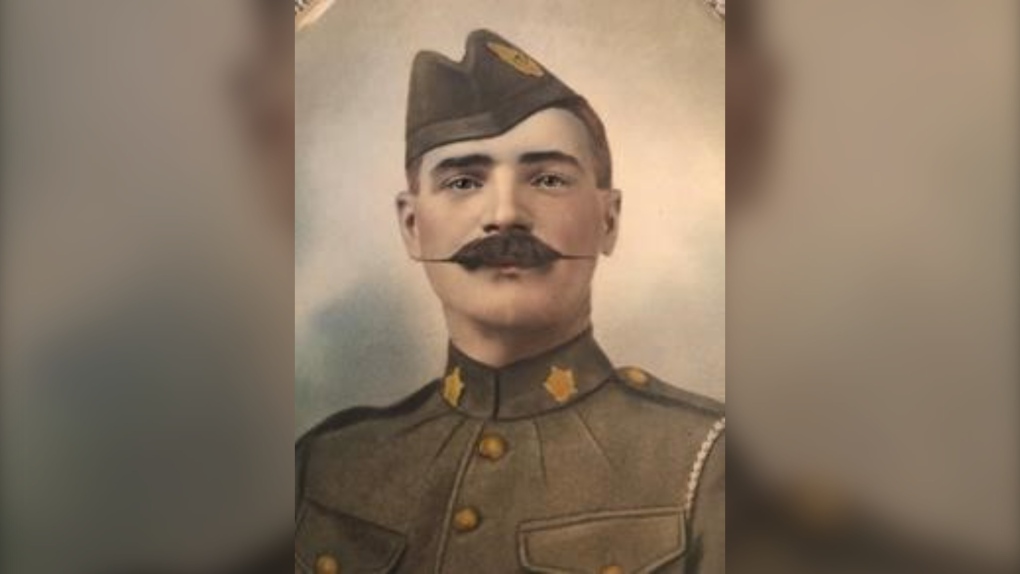 The Department of National Defence and the Canadian Armed Forces (CAF) have confirmed the identity of an unknown grave as a Winnipeg soldier from the First World War.

The soldier has been identified as Corp. George Herbert Ledingham, who was partially identified as an unknown corporal with the 43rd Battalion when he was buried in the Canada Cemetery in Tilloy-lez-Cambrai, France.

Private Ledingham’s unit sailed from Halifax in October of 1916. When the unit arrived in England, the 179th Battalion was absorbed into the 17th Reserve Battalion.

In November 1916, Ledingham was posted to the 43rd Canadian Infantry Battalion in France and served with them until his death.

Ledingham was awarded the good conduct badge in October 1917. The following year he was promoted to the rank of lance corporal and then corporal.

The Queen’s Own Cameron Highlanders of Canada’s command team went to Almonte, Ont., to notify Ledingham’s family of the identification. After the immediate next of kin was notified, a public ceremony was held at the Almonte branch of the Royal Canadian Legion. The Winnipeg-based unit is providing the family with support.

A headstone rededication ceremony will take place as soon as possible at the Commonwealth War Graves Commission Canada Cemetery in Tilloy-lez-Cambrai, France.

“My thoughts today are with the family of Corporal Ledingham, a Canadian soldier of the First World War who made the ultimate sacrifice in service to our country. The identification of Corporal Ledingham offers an opportunity for us all to remember the Canadian soldiers who served during the First World War,” said Minister of National Defence Anita Anand in a news release.

“To the family of Corporal Ledingham, I and all Canadians are grateful for your ancestor’s courage and bravery. We express our everlasting appreciation of his service and sacrifice. Lest we forget.”

The Canada Revenue Agency is sending out a new round of letters to pandemic aid recipients to verify they were eligible for the help, and warning of potential need for repayments.

Canada's top doctor says even though the average daily COVID-19 case count across the country is down 30 per cent compared to last week, it's not an accurate reflection of the state of the pandemic.

Indian police have detained six people in a crackdown on illegal immigration after four Indians were found frozen to death near the border between Canada and the U.S. last week, officials said on Thursday.

Ukrainian police on Thursday detained a National Guard soldier who shot security guards at a military factory for unknown reasons, killing five people and injuring five others, the interior minister said in a Facebook post.

U.S. man removed from heart transplant list for being unvaccinated against COVID-19

After being at the front of the line to receive a heart transplant, 31-year-old DJ Ferguson was denied surgery for being unvaccinated against COVID-19.

The CRA is sending letters to check the eligibility of CERB recipients, Dr. Tam says severe COVID-19 illness trends are rising, and Ottawa is getting ready for protesting truckers. Here's what you need today.

Airline pilot Kyle Hippchen could have -- should have -- been on board when SpaceX launched its first tourists into orbit last year after winning a sweepstakes, but ended up giving the honour to a friend.