Up to 20 cm of snow coming to parts of Manitoba

Up to 20 cm of snow coming to parts of Manitoba 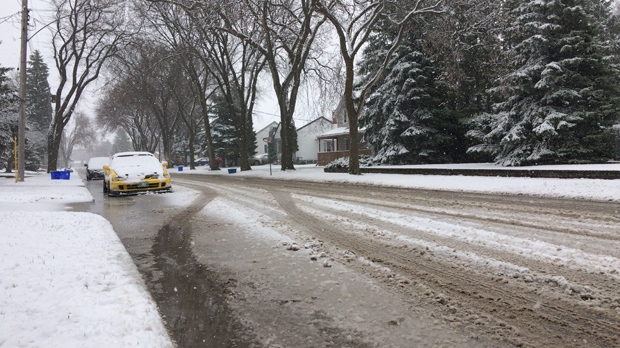 Parts of Manitoba are expected to be hit with 10 to 20 centimetres of snow over the next few days.

On Thursday morning, Environment and Climate Change Canada (ECCC) put out a snowfall warning for several communities in the province, including Dauphin, Minnedosa and Alonsa.

The weather agency says that the ongoing light snow in southwestern Manitoba will intensify later on Thursday as a low-pressure system develops south of the international border. Most of the accumulating snow will fall on Thursday night and into Friday morning.

ECCC predicts that 10 to 20 centimetres will fall over the western Parklands, with the snow ending by midday Friday as the low-pressure system moves east.

Manitobans are advised to prepare for deteriorating travel conditions, and to take breaks and avoid strain when clearing the snow. ECCC adds that heavy snow may cause reduced visibility.